Dante Bacote: The next big thing 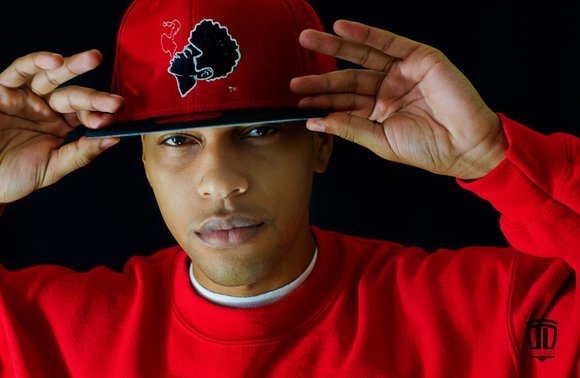 The tri-state area's own Dante Bacote is living his dreams of being an entertainer and is making a name for himself. The 24-year-old actor, model, rapper and producer has now relocated to Atlanta, GA with hopes of going even further.

“I like to bring joy to people's lives,” he said in an interview with the AmNews. “Even if its just for a moment in whatever art form.”

This spring Bacote released his debut single “Hello” with platinum recording artist Nicole Wray and starred in the 2012 Warner Bros. and Marvel film “The Prodigies.”

Born in San Diego and raised in Connecticut, Bacote began his road to stardom when he started playing the snare drum. When his father asked him if he wanted to take music to the “next level” and bought him a MPC Yamaha drum machine.

Bacote started producing beats and put them together with poetry he had written. He created his own CD with positive feedback from friends and family.

His acting and modeling career began as a model for Unionbay. Becote has also modeled for GMI Clothing, Soul Source and Zanity Clothing and during New York Fashion Week for Dwight Eubanks. His ealy acting gigs include a pilot for Nickelodeon and a part in the Lincoln Center Production “Shakespeare Get a Clue” which had a two-month run.

“That's what inspired me to go into acting,” he said. “People enjoyed it and it sparked a fire in me that pushed me to want to do this.”

Bacote's acting credits include “The Soprano's,” “One Life To Live,” and the music video for Pharaoh Monch's “Push.”

His biggest accomplishment, he said, is his starring role in the feature film “The Prodigies.” Produced in Paris and Luxemburg the movie tells the story about five geniuses and how they deal with the world.

“It was incredible and a blessing. I had the star treatment. It was a great experience being around so many people excited about what you are doing,” he said.

Right now, though, Bacote is focusing on his music. His collaborations include Wiz Khalifa, Tony Sway and Qool. He's performed on the collegiate circuit along with venues in New York. His talent has caught the attention of R&B singer Tyresse and Sony.

He also has gotten endorsements from Coast 2 Coast Mixtape from his CD “Rise of the Phoenix” which he released this year.

Giving back is also important to Bacote as he reaches the top. In 2012 he did a compilation CD that featured conscious songs. Proceeds from the record went to build a village in Haiti which is still recovering from the 2012 earthquake.

“I want to give back when I get into a position of power,” he said. “Unity is key to progress on positivity. You can attain anything if you are willing to work for it.”