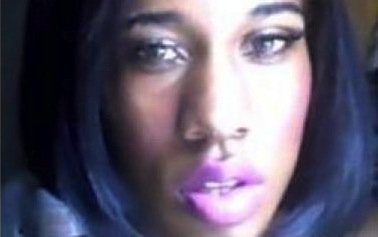 Members and allies of the Lesbian Gay Bisexual Transgender Queer (LGBTQ) community joined together on Tuesday, Aug. 27 to honor the life of Islan Nettles, the transgender woman whose life came to a brutal end five days prior. Held by the Nettles family at Harlem’s Jackie Robinson Park, the event welcomed the consoling words of pastors, singers and those who were close to the 21-year-old.

On Saturday, Aug. 17, Nettles was walking down the street with friends near West 148th Street and Eighth Avenue. There, she was approached by a male. After he realized she and her friends were transgender, he began to shout homophobic insults at them. He mercilessly beat Nettles to the ground, giving her several critical head injuries.

Nettles was rushed to Harlem Hospital. On Thursday, Aug. 21, she was declared brain dead and passed shortly after being removed from life support. Nettles’ death, while tragic, is just one of a score of hate crimes inflicted against the transgender community.

At the vigil, Delores Nettles, Islan’s mother, thanked attendees for showing up to support her child and spoke about the need for justice.

Organizations as well as individuals showed up in solidarity with the family. These included New York City Black Pride, Harlem Pride, Gay Men of African Descent and the Latino Pride Center.

A close family friend of the Nettles, Nanette Anderson, remembered Islan’s friendly personality, saying, “He was a beautiful, humble person. He would say hi to you even if he didn’t know you.”

What followed during the commemorative event was a poem delivered by Daynasia “Star” Nettles, Islan’s sister. In one of the stanzas, she talked about the difficulties transgender people face in gaining acceptance in a homophobic society.

“Having a good thing is so hard because meeting a strong person is so rare,” read the 17-year-old to a grieving crowd. “I realize my kind of love isn’t always for everybody, and I’m at peace with that.”

Amid the condolences sent to the Nettles family, some also took the opportunity to incite a rally for better treatment of members of the LGBTQ community.

Laverne Cox, a transgender actor best known for her role on the Netflix hit series “Orange is the New Black,” urged politicians to attack this issue of violence as fervently as activists do.

The comment did not fall on deaf ears; many candidates gunning for New York City mayor showed up to support the family, including Christine Quinn, Anthony Weiner, Bill de Blasio and Bill Thompson.

Thompson urged civilians to take responsibility for the disproportionate violence against trans people of color by stepping to the forefront of resistance.

“We need to raise our voices as a city and say, ‘No, we’re not going to stand for this.’ If you know people who are involved in this, give them up. Turn them in,” he said. “We’re not going to let ignorance and hated determine who we are as a city.”

A study conducted in 2012 by the National Coalition of Anti-Violence Programs found that of the 25 LGBTQ homicides that year, 53 percent, about 13, were of transgender individuals; of those, 73 percent, approximately nine, were transgender women of color.