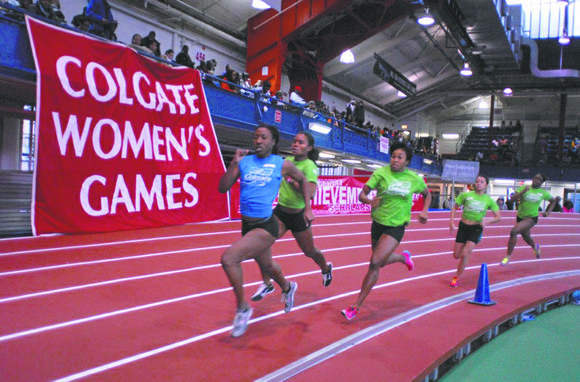 We met Fred Thompson over 40 years ago when he was waging war with the New York City Board of Education. The beef was over the almost total lack of educational and athletic sports programs for girls. Thompson, then a corporate lawyer (ABC) who was getting nowhere with the system, formed a track club for young girls, the legendary Atoms Track Club in Bedford-Stuyvesant, Brooklyn.

It didn’t take long for the likes of former USA medal-winning Olympians Cheryl Toussaint-Eason, Lorna Forde and Diane Dixon and scores of other young ladies to run and jump to the most decorated local and national track club for girls on the map.

The Atoms Track Club initially used local schools in Brooklyn as their stadiums, running around and around those hallways into local, national and international fame. In 1973, Thompson and Colgate-Palmolive organized the Colgate Women’s Games annual track and field meet. Now, in its 40th year, the Colgate Women’s Games is the largest such organization in the world for elementary school, junior high school, senior high school and college girl and scores of women 70 and over. The program is free to all, and female participants travel from all over the country every weekend.