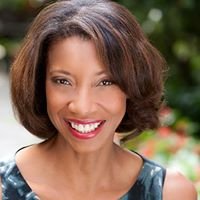 Jennefer Witter is taking care of business. Serving as CEO and founder of the Boreland Group, a public relations firm, she was recently named one of the nation’s “10 Most Successful Black CEOs and Entrepreneurs” by Madame Noire magazine.

At Ketchum, an award-winning global communications firm, where she served as vice president, she launched a subpractice that generated $1 million in revenue in its first year. She has represented numerous businesses throughout her career, from Silicon Valley startups to Fortune 500 companies, including IBM and FedEx.

A member of an industry widely dominated by females, Witter said PR is one of the top five most stressful jobs, but she loves it. The profession requires addressing the media as quickly as possible and doing speaking engagements and strategy. The profession has gained lot of attention and is frequently associated with Black women thanks to ABC’s “Scandal” and Olivia Pope.

Witter has been in public relations for the last 30 years and says her life is nothing like a television show. She decided to leave Ketchum in 2001, when she said she was exhausted. She also lost her mother and had to take to time to evaluate things. After taking time off, she made some crucial decisions.

“I wanted to get back into PR but organically in my own terms,” she said. “I realized I had a mind for business.”

She took courses at Score, a nonprofit staffed by retired senior executives who advise entrepreneurs, in order to learn the ropes of starting her own business. One of her first clients was a friend’s sister-in-law, who was a real estate broker.

“One of the things that I have done in order for people to know about the company, you have to do public relations yourself,” she said. “I had to raise my own visibility. People don’t know who you are unless you tell them.”

Visibility has not been a problem for Witter. She’s been featured by the Associated Press, TheStreet.com, Build Your Business Radio (an Internet radio program geared toward business owners), MarketWatch Radio Network and SmallBiz.com. Witter has also spoken at local and regional conferences. Her recent addition to Madame Noir magazine’s “10 Most Successful Black CEOs and Entrepreneurs” list put her in the ranks of Magic Johnson and Xerox Chairwoman and CEO Ursula Burns.

“I hope I am a role model. There are so few of us [Black women] out there sometimes doing this, and it’s not an easy road. There are assumptions and stereotypes. We may not be visible, but we are out there.”

In 2014, Witter is releasing her first e-book, tentatively titled “101 PR Tips for Entrepreneurs,” set for publication through AMACOM, the book publishing division of the American Management Association.

She also wants to start a consulting and coaching division for her company to help small businesses with PR services.