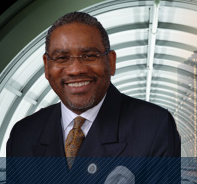 A group of union officials joined a coalition of community groups in protest outside of Rep. Gregory Meeks’ office in Jamaica, Queens, this week. The demonstrators were in opposition to legislation called “Fast Track,” which would allow the president to submit trade deals to Congress for a simple yes or no vote, with no amendments allowed and limited debate. The proposed Trans-Pacific Partnership (TPP) agreement, among 12 governments, is one of the largest “free trade” agreements in U.S. history.

Meeks is a staunch supporter of the TPP and serves on the bipartisan Friends of the Trans-Pacific Partnership Caucus. He recently said in a statement, “This is an exciting opportunity for the United States to more closely engage with our friends and allies across the Pacific.”

Those who spoke at the rally said the countries involved in the negotiations are not able to view the text while it is being discussed by the corporations, meaning that the public has little to no input on what will be included in the final version. In addition, the TPP would affect the price we pay for medicines, the quality of our natural resources and our ability to stop dangerous drilling practices like fracking. Those who represented labor said it would be a bad deal for workers.

“This deal would kill jobs and hurt working families,” said Vincent Alvarez, president of the York City Central Labor Council, AFL-CIO. “We cannot sit back and allow the health, environmental and economic well-being of working men and women to be put in harm’s way by the very people who have been elected to protect us. We urge Congressman Meeks to join his colleagues in denouncing this backroom deal.”

Democrats in the House of Representatives are standing with workers, consumers, environmentalists and a bipartisan majority of the New York congressional delegation in opposing the secrecy involved in “fast-tracking” the agreement. The only Democratic representatives from New York state who do not oppose the legislation are Reps. Joe Crowley, Charles Rangel and Meeks.

President Barack Obama has pushed for a final Trans-Pacific Partnership text to be readied by the end of 2013 and for it to be fast-tracked through the U.S. Congress, although at least 174 members of Congress have said they will oppose the fast-tracking of the agreement.

By the time the AmNews went to press, Meeks was unavailable for comment.