Brother Shep: Protecting the community through the ages 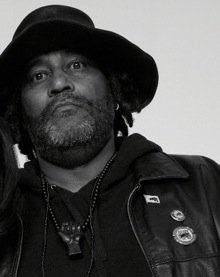 When Shepard P. McDaniel was a young teenager growing up in the Bronx, he realized that the gang activity in his community was highly radicalized.

“You would be walking with your girl and they would come up on you,” he said, explaining that in the 1950s, white gang members began going into the Black neighborhoods in the Bronx to physically assault people, primarily couples.

As a response, the young teen, now fondly known as “Brother Shep,” joined the Uptown Organization, which at the time was doing street organizing to defend the community from racist police officers and white gangs.

“They were actually one and the same,” explained McDaniel. “There is a whole history of police working and organizing with the white gangs in the Bronx. It was their sons in those gangs.”

In order to protect the community, McDaniel said he and other organizers from the Uptown Organization began working to unite the Black and Latino gangs in the neighborhood, mediating truces.

“There were wars going on all through that time, throughout my youth,” said McDaniel of the late ʼ’60s and early ʼ’70s. “That was the only time that Black and Latino gangs really came together up in the Bronx.”

But that progress broke down one night when hundreds of gangs descended on the South Bronx one night in what McDaniel said was a response to the racism of the white gangs. On that night, which McDaniel said looked very similar to the famous gang scenes in the movie “The Warriors,” the peace between gangs of color broke down.

In the wake of all this, the young organizer found a new home with the Black Panther Party. McDaniel said he originally had stayed away from the Panthers, having heard rumors that they were gun-toting assassins. But he was drawn in when he read a book about the “Panther 21,” a group of Panthers indicted on charges of conspiring to blow up five department stores. In it, he read about another young man, Jamal Joseph, who lived and organized in Mcdaniels’ own community in the Bronx.

“I saw myself and my issues … From that [book], I got a real profound interest in the party. I picked up a newspaper and wrote to them. I started working with them in 1973.”

McDaniel began reporting in Harlem for the Black Panther, the party’s newspaper, and ran distribution in New York until 1980. As the party fell apart, McDaniel said, “after Huey Newton was assassinated, all the Panthers started coming back together as a healing mechanism.”

With this group McDaniel began organizing around political prisoners. He served as a co-chairperson of the Free Mumia Abu-Jamal Coalition and was a co-founder of the Safiya Bukhari-Albert Nuh Washington Foundation.

With the Black Panther Collective, McDaniel also began organizing for the protection of the community again, this time with what he says was New York’s first ever Cop Watch film crews to counter the Giuliani administration’s occupation of Harlem.

“We felt the need to do some- thing dealing with police terror, so we started the violence pre- vention project. We weren’t just filming; we were intervening,” he said.

Now, McDaniel is the Uni- versal Zulu Nation’s minister of community affairs and the national community outreach coordinator for the Peoples

Survival Program (PSP). With the PSP, McDaniel has held political education trainings for youth and organized food drives. Since October, when the Guillermo Morales/Assata Shakur Community and Stu- dent Center at City College was seized from community and student groups, McDaniel has been at the center of protests to regain the center.

McDaniel said he will con- tinue to work with communi- ty and student organizers until the center is returned. He is currently organizing a Harlem benefit for the Morales/Shakur Center on Saturday, Dec. 14 from 5-11 p.m. at Our Lady of Lourdes School on 143rd Street.