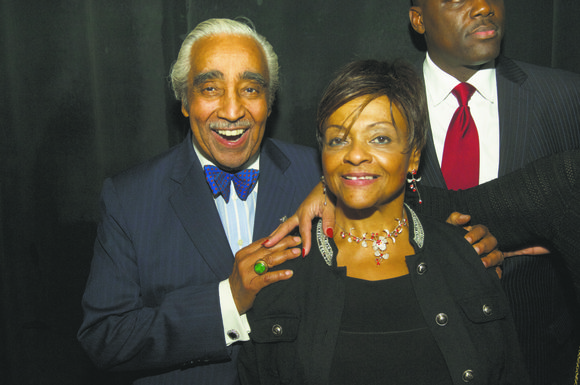 The Martin Luther King, Jr. Democratic Club in Harlem held its annual holiday / Kwanzaa party at the Kennedy Center in Harlem with good food, good music and good cheer for all the guests. Everyone was so happy and full of the holiday spirit, laughing and dancing and having a great time. The women were dressed so reﬁned, and the men were so proud of their African-American heritage.

The music was so good that the women could not stay off the dance ﬂoor. The admission was free, and the club requested for guests to bring a wrapped gift for a child.

During the event, David Paterson asked for a moment of silence for the passing of Nelson Mandela, the first Black president of South Africa, who died at the age of 95.