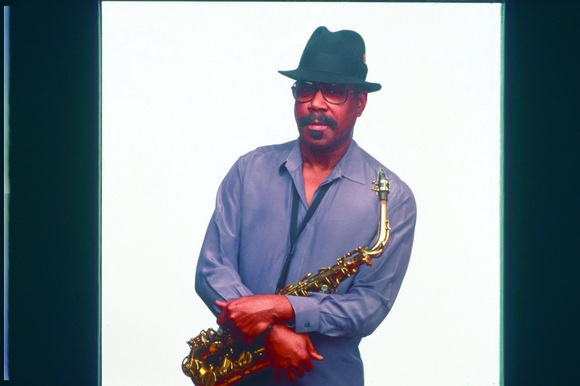 The jazz on the Harlem front these days is usually from a straight traditional forum, but trombonist/composer Craig S. Harris keeps his mix of avant-garde and world music on the edge.

On Dec. 21, Harris and the Harlem Night Songs Big Band will take the audiences of Ginny’s Supper Club (310 Lenox Ave., 125th and 126th streets) on an adventurous musical journey that stretches to the outer limits of jazz. They’re playing sets at 7:30 p.m. and 9:30 p.m.

Harris finds the term “jazz musician” too confining. He says that he is a multimedia performer. One of his ensembles, Lost in Translation, a music, dance and poetry collaboration, featured the late poet Sekou Sundiata. Harris was the co-artistic director, composer and performer for “Remembering We Selves,” a tribute to the Harlem Renaissance, in collaboration with poet, writer and activist Amiri Baraka.

“Brown Butterfly,” a multimedia work incorporating video, dance and music based on the physical movements of Muhammad Ali, was another collaboration Harris started with choreographer Marlies Yearby.

Harris keeps his creative edge by leading two ensembles: the Tailgaters Tales, which draws on the roots of Black music and exploratory improvisation, and Nation of Imagination, a world music ensemble that features three vocalists, three percussionists, a keyboardist, a guitarist and a bassist from different cultures.

Harris moved from the traditional to avant-garde following his two-year stint with the Sun Ra Arkestra. He added the woodwind instrument the didgeridoo to his musical arsenal while playing in Australia with the Aborigine musicians.

For this one-night engagement, Harris, along with his Harlem Night Songs Big Band, will take his audience on yet another exciting music experience with a repertoire of original compositions of lively improvisations and solos to rock your socks.

“We will be playing music from Thelonious Monk, Wayne Shorter and Thom Bell, the noted R&B producer from Philadelphia International Records,” said Harris. “The arrangements will be lush and propelled by some great soloists.”

This is a great group of Harlem musicians who have traveled the world sharing their music. They are always ready to play in Harlem, where jazz has been jumping since the 1920s. This event is produced by Emmett Causey (ELC Productions Inc.). For more information, call 917-742-1239.

Alto saxophonist Sonny Fortune can be called a hard-bopper, traditionalist, creative composer and improvisational artist. His five-plus decades pursuing the music has made him one of the most influential alto players on today’s jazz scene.

Most recently, the Philadelphia native was honored with the Benny Golson Jazz Master Award by the Howard University Department of Music. The award was presented by professor emeritus Arthur Dawkins. The Philadelphia Clef Club of Jazz and Performing Arts was also awarded as part of the tribute to jazz in Philadelphia.

The award was created in 1996 to honor the legacy of Howard University alumnus Golson, a saxophonist and jazz composer of such standards as “Killer Joe,” “Along Came Betty,” “I Remember Clifford” and “Stablemates,” among others.

“I am honored for two reasons to receive this award. First, a university that I have a lot of respect for chose to give me an award,” noted Fortune. “And second, Benny Golson is a cat that I have high regard for. I used to go see him when he was working with Art Blakey. This whole event is very humbling for me.”

Ironically, Golson and Fortune have never played together and have only met during a few brief encounters. “I know Sonny Fortune very well through the quality of his performances and his composing skills thanks to the miracle of recording,” stated Golson. “I’ve been listening to Sonny for quite a while, and I’ve discerned that he is not satisfied with serving the same old warmed over dish time and again.”

Over the years, Fortune has forged his own musical path as a leader and has also had a strong voice on recordings with such musicians as Dizzy Gillespie, Elvin Jones, Nat Adderley, Miles Davis, McCoy Tyner and Buddy Rich.

He is also a member of the legacy band Four Generations of Miles with his fellow alumnus bassist Buster Williams, guitarist Mike Stern and drummer Jimmy Cobb.

They will be performing at Birdland in Manhattan in February 2014.