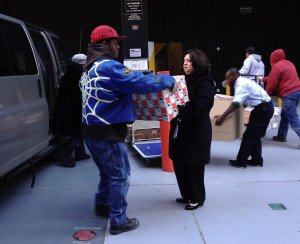 'Tis the season for giving.

"Our team feels so fortunate to be part of these children’s holiday celebration,” said Paloma Tejada, Director of Human Resources at BBVA New York in the press release. “As excited as the kids were to open their presents and participate in the holiday activities, our wonderful volunteers were just as happy to get involved and spend time with them.”

To join in the Project Blue Elf initiative, share the online version of the bank's holiday card at bbvacompass.com/happyholidays.