Knicks have a beautiful building; is a winning team next? 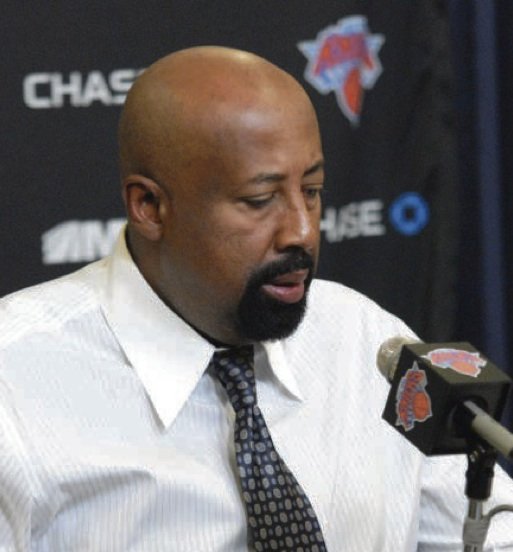 All eyes are on Mike Woodson as he’s coaching to put the Knicks on the winning track. Photo by Bill Moore

It’s Christmas week, and the Grinch has exercised every bit of his power to steal the Knicks’ season, one that has been characterized by mind-numbingly poor play and a plethora of injuries.

Yesterday (Wednesday) at Madison Square Garden, amidst all the holiday cheer, the Knicks hosted the piping hot Oklahoma City Thunder, one of only a handful of teams that have a chance to win the NBA title in June.

The Thunder were 22-5 to begin the week after losing their first game at home on Sunday by 104-99 to the Toronto Raptors. They were tied for the second-best record in the league, in large part because the Thunder has been nearly unbeatable in their own building at 13-1.

In contrast, the Knicks were 4-10 at the Garden before facing the Thunder and 8-18 overall when they met up with the Magic in Orlando on Monday. One of the long-held commandments of the NBA is “Thou shall protect your home court!”

Last season, when Mike Woodson’s crew won 54 games, the Knicks were 31-10 at home, the second-best mark in the Eastern Conference and seventh among all 30 teams. Alas, the beautiful but ostentatiously redesigned Garden is undeniably a source of the Knicks’ incapacity to lift themselves to becoming perennial championship contenders.

Image, branding, cross-marketing and perception seemingly dictate the philosophy of the Garden shot callers. But glitz and glamour should not be given one iota of consideration when determining the best direction of the team. It shouldn’t matter if the rich and famous come out to be seen or find another location to be fashionably late to. At its core, New York is a blue-collar city.

The Thunder are everything that the Knicks should aspire to be. They have two young transcendent stars in the great Kevin Durant and the prodigious Russell Westbrook, both acquired through the draft. Their general manager, Sam Presti, is bold and prudent.

Let’s stop the nonsensical talk that fans would not tolerate the Knicks starting over. The real fans would—the fans who save up for months to buy tickets, just like the fans in Oklahoma City and Portland and now Boston. It’s not about the building. It’s about sensible rebuilding.