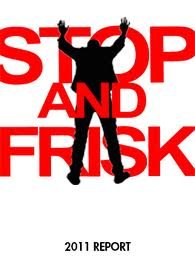 The New York Civil Liberties Union (NYCLU) released their Stop and Frisk Watch app for iPhone users on Feb. 7, along with a video of city cops experimenting with the app as one cop gives the camera the finger.

All videos taken with the "Record" function on the app, including that of the cop giving the finger, are sent to and reviewed by the civil rights group. The NYCLU uses the information to "shed light" on the stop-and-frisk practices in New York, according to their website.

Stop and Frisk Watch has been available for Android users since June of 2012. It allows those witnessing a NYPD stop-and-frisk to alert both the NYCLU and the community around them.

Since the initial launch of the app for Android users, the NYCLU has received over 5,000 videos, including 200 that have documented police incidents.