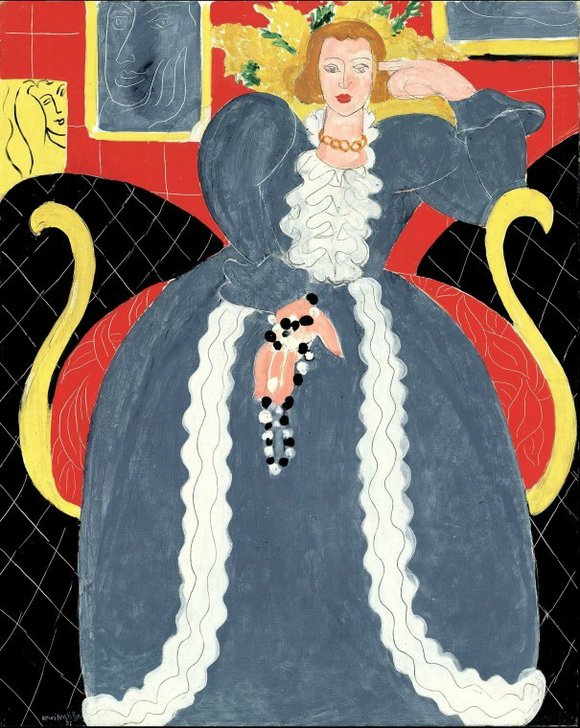 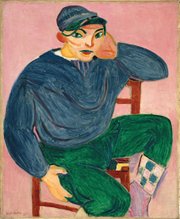 Henri Matisse (1869-1954) was one of the most acclaimed artists working in France during the first half of the 20th century. The critic Clement Greenberg, writing in the Nation in 1949, called him a "self-assured master who can no more help painting well than breathing."

Unbeknownst to many, painting had rarely come easily to Matisse. Throughout his career, he questioned, repainted and re-evaluated his work. He used his completed canvases as tools, repeating compositions in order to compare effects, gauge his progress and, as he put it, "push further and deeper into true painting."

While this manner of working with pairs, trios and series is certainly not unique to Matisse, his need to progress methodically from one painting to the next is striking. On view now through March 17, the exhibition at the Metropolitan Museum is made possible in part by Vacheron Constantin. Additional support is provided by the Jane and Robert Carroll Fund and the Diane W. and James E. Burke Fund.

"Matisse: In Search of True Painting" presents this particular aspect of Matisse's painting process by showcasing 49 vibrantly colorful canvases. For Matisse, the process of creation was not simply a means to an end but a dimension of his art that was as important as the finished canvas.

Matisse copied old master paintings as part of his academic training. He found much to admire on the walls of the Musee du Louvre, yet he was also receptive to the contemporary pictures he encountered in Parisian galleries. He was particularly intrigued by the work of Paul Cezanne (1839-1906) and Paul Signac (1863-1935). In 1904-1905, Matisse arranged a still life and painted it in two different ways. The green and violet clusters of diagonally placed brushstrokes in "Still Life With Purro I" (1904, private collection) evoke passages in certain of Cezanne's paintings, while the vivid colors and confetti-like effects of "Still Life With Purro II" (1904-1905, private collection) are derived from Signac. Matisse borrowed stylistic elements from the two artists but was more interested in rendering his own sensations than subscribing to either of their theories.

Matisse's stylistic exploration sparked the creation of pairs in which neither painting is entirely indebted to another artist. Upon his return to the fishing village of Collioure in the summer 1906, he depicted a local teenager in a work that has all the hallmarks of his own vividly, colorfully, expressive Fauvism ("Young Sailor I," 1906, collection of Sheldon H. Solow). He then painted a second version of the composition on an identically sized canvas. This time he employed flat color and deformation to produce a drastically different effect ("Young Sailor II," 1906, the Metropolitan Museum of Art). Unsure of his new direction, Matisse told friends that "Young Sailor II" had been painted by the local postman. Matisse later explained his aim was to "condense the meaning of a body by seeking its essential lines."

The theme of the studio interior, a consistent motif in Matisse's oeuvre throughout his career, was addressed in Matisse's final painted series, created from 1944 to 1948 at the Villa Le Reve in Vence, France. Here the artist felt that a lifetime of work had prepared him to use color as a means of intimate expression. In the spring of 1948, he wrote to his son Pierre that his most recent paintings "impress everyone who has seen them because they are vivid and rich."

The exhibition is accompanied by a catalogue edited for the presentation at the Metropolitan Museum of Art and the Statens Museum for Kunst, Copenhagen. The catalogue is made possible by the Andrew W. Mellon Foundation. A variety of programs will be offered in conjunction with the exhibition, including Sunday at the Met on Feb. 3, multiple exhibition tours and an artist-led studio course in which adults will create a series of paintings and drawings focused on the same subject. Visitors with disabilities will be able to experience the exhibition with the aid of large-print labels, sign language interpretation and verbal imaging tours available upon request. For information, visit www.metmuseum.org/matisse.