The city must settle with the Central Park Five 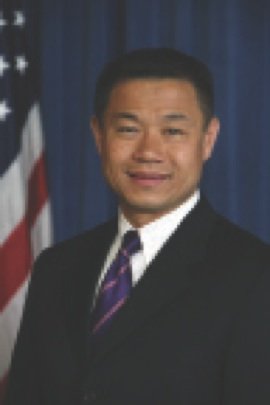 After 10 years of litigation, now's the time for the city's Law Department and the lawyers representing the "Central Park Five" in their $250 million civil rights lawsuit to break their stalemate and conclude a settlement.

I am offering the legal expertise of my office and the around-the-clock use of my boardroom to help the parties come together and work out a settlement for the five young men, who were wrongfully sent to prison for a crime they did not commit.

The Central Park Five case goes back to 1989, when a 28-year-old female jogger was brutally attacked and raped in Central Park. Police detained five African-American and Latino youths, aged 14 to 16--Yusef Salaam, Kevin Richardson, Antron McCray, Raymond Santana and Korey Wise--who after long interrogations confessed to the crime. In 1990, the five were convicted and sentenced to terms ranging from 5 to 15 years.

In 2002, Matias Reyes, a convicted murderer and rapist, confessed that he alone attacked the Central Park jogger, and the five young men's convictions were vacated. Since 2003, the Central Park Five and the city have been engaged in complex and costly federal litigation, with multiple causes of actions pending, including malicious prosecution, racial discrimination and lack of due process.

Both as a New Yorker and as the comptroller, I am deeply troubled that this civil rights case remains unresolved more than a decade after the convictions were vacated and nearly a quarter century after the crime. These five kids may not have been angels, but that does not change the fact that collectively they spent more than 30 years in prison for a crime perpetrated by another person. The city must make an effort to correct this tremendous injustice that robbed them of their youth.

Their imprisonment also hurt their families. Parents not only lost their sons to prison, but also had to live through the indignity of having their children compared to vicious animals, as the press labeled them with such racially charged expressions as "wilding" and "wolf pack."

The comptroller's office has authority and extensive experience settling claims before litigation and approving post-litigation settlements proposed by the city's Law Department. As the city's financial steward, my goal is to ensure that we strike a delicate balance--making those with meritorious claims whole while minimizing taxpayer costs. I am concerned that the longer we wait in the Central Park Five case, the more the legal bills mount and more valuable city resources are claimed.

When the city loses a case, it often must cover all of the plaintiff's legal expenses, which in this case could easily be seven or eight figures. Moreover, the lack of a negotiated settlement before a judge or jury renders a verdict often means higher costs for taxpayers. I am urging the Law Department and the plaintiffs to sit down and negotiate immediately. Those involved need to contain the strong emotions engendered by this case and engage in meaningful discussions. All parties must come to the table--now.

My office stands ready to facilitate this process in any way. Enough is enough. The time has come for the city and these men and their families to put this behind them and heal. This troubling case has spanned the administrations of four mayors. Let's hope that 2013 is the year when all parties help close this terrible chapter in our city's history so that New Yorkers can finally put an end to the tragic Central Park Five saga. The time to heal is now.