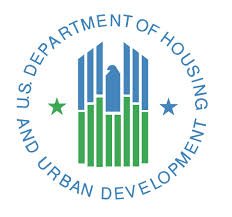 Even though blatant acts of housing discrimination against ethnic minorities have dropped around the country, a new study by the U.S. Department of Housing and Urban Development (HUD) and the Urban Institute shows that Blacks, Hispanics and Asians still learn about fewer housing options than whites.

Titled “Housing Discrimination Against Racial and Ethnic Minorities 2012,” the report details how real estate agents and rental housing providers recommend and show fewer available homes and apartments to minority families, which leads to increased costs and more restrictions on their housing options. And the problem doesn’t just boil down to one region. Cities such as New York; San Diego; Dallas, Texas; Atlanta; Seattle; Everett, Wash.; and Philadelphia Pa., were used in the study.

In a statement, HUD Secretary Shaun Donovan said that while progress has been made in housing discrimination, the tactics used to keep ethnic minorities out of certain neighborhoods has gotten more sophisticated.

“The forms of discrimination documented by this study are very difficult for victims to detect,” added Margery Turner of Urban Institute. “To detect housing discrimination today, HUD and local fair housing organizations need to conduct proactive testing, especially in the sales market, where discrimination appears higher than in the rental market.”

The study is the fourth in a series of national studies sponsored by HUD to measure housing discrimination in rental and sales markets in each decade.

In order to conduct the study, the Urban Institute used “paired testing” methodology, where researchers compared the treatment of white and minority home seekers in a nationally representative sample of 28 metropolitan areas. Out of the over 8,000 paired tests, two trained individuals (one white and the other Black, Hispanic or Asian) contacted housing providers to inquire about a unit randomly selected from recently advertised homes and apartments. The testers in each pair were matched on gender, age and family composition and were given similar financial characteristics. Testers then independently recorded the treatment they experienced, including information they received about the homes or apartments recommended and shown to them.

“The study represents a glass that’s half full. While discrimination may not be as obvious as it was in the 1960s, the study reminds us that we still aren’t living up to the principles upon which this nation was founded,” said Bryan Greene, HUD acting assistant secretary for fair housing and equal opportunity, in a statement. “HUD is committed to ensuring that every American has equal access to housing opportunities.”