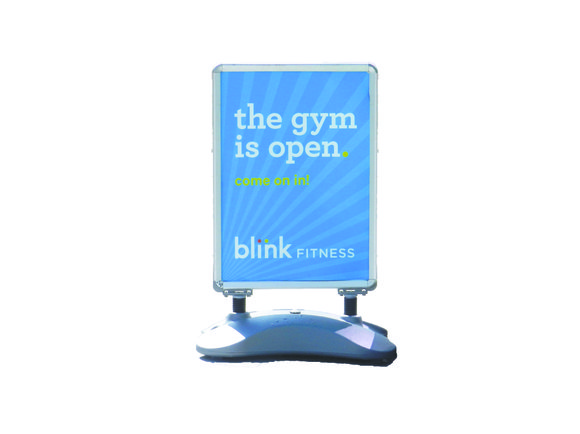 Blink Fitness opened its doors to the Harlem community on June 21. The new location is one of 13 locations in the New York tristate area.

The gym, which prides itself on being a more affordable fitness brand, features more than 150 pieces of cardio and strength-training equipment, as well as an area for group fitness and weight training. The colorful walls are covered with advice on how to stretch and train effectively, and handouts illustrating pre-made workouts are available.

If you prefer more hands-on training, Blink offers both one-on-one personal training sessions and group training. Both the “Blue Plus” membership, which gives access to all Blink locations and unlimited guest privileges for $20 per month, and the “Gray Basic” membership for $15 per month come with one free personal training session. There are also trainers who walk around the main floor to answer any questions members of the club may have as well as to offer workout tips.

Dos Condon, vice president of Blink Fitness, said that immediate response from the Harlem community has been very positive.

“I heard a lot of feedback along the lines of ‘finally a cool, hip, professionally-run health club,’” Condon said in an email to the AmNews.

The club hosted a ribbon-cutting ceremony for its grand opening, with a strong turnout including elected officials like Rep. Charles Rangel, who announced that he would be joining the gym.

Blink is one of the first businesses to open its doors on the lower level of the recently renovated complex on 125th Street and Frederick Douglass Boulevard, which once housed a KFC, a clothing store and Bobby’s Happy House music store.

The gym joins other fitness centers in Harlem near 125th Street, including Planet Fitness and New York Sports Club. Condon, however, is confident that it is the perfect location.

“We are not just opening the doors to another gym on 125th Street; we are opening the doors to possibilities for better health and happiness in the Harlem community,” Condon said, according to a statement. “To be opening our 15th Blink Fitness location in such a historic neighborhood is an exciting time for our company.”