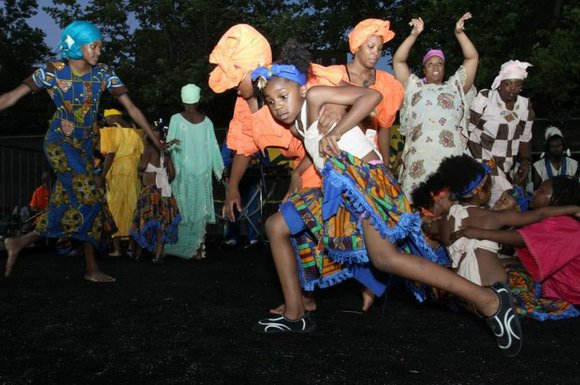 For four days beginning on July 4, Brooklyn’s Commodore Park was once again the site of the historic International African Arts Festival (IAAF).

Reminiscent of Dance Africa, held at the Brooklyn Academy of Music around the end of May, the African Diaspora was the theme throughout the 42nd annual IAAF. With a different specific theme every year, this year it was “Ndunga,” a Congolese word meaning “Justice.” Vendors, artists, performers and participants were there expressing the culture in all its forms. It was in the clothes, the hairstyles, the delicious food, the art, the carvings, the jewelry, the music and the feeling.

The IAAF used to be hosted on the field behind Boys and Girls High School. There, artists like Lauryn Hill, Fela and the Mighty Sparrow brought out thousands upon thousands of visitors.

At this year’s event, there were dance and spoken word performances and even a panel discussing the state of justice. There were people and cultural expressions from all over the Diaspora, including Brazil, Nigeria, Ghana, South Africa, Jamaica, Trinidad and Barbados. Politicians in attendance included Councilman Charles Barron, mayoral candidate John Liu, Brooklyn Borough presidential candidate and current state Sen. Eric Adams.