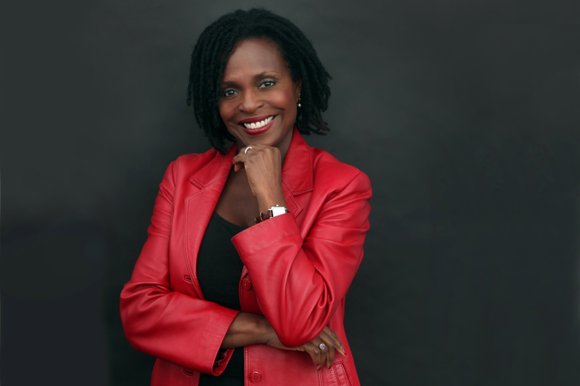 The Rev. Dr. Jacqui Lewis is making history at one of the city’s oldest churches. She is the first female and African-American senior minister of the Middle Collegiate Church in Manhattan’s Lower East Side. The church, which started in the 1600s, is well-known for its diverse congregation and liberal, open views on allowing all to worship. Lewis has been head of the church for the past eight years.

Born in Omaha, Neb., Lewis calls herself an “Air Force brat” who grew up in Chicago. While making several moves as a child, Lewis said her mother sang in the church choir. She saw church as a place where she had a sense of peace. But it was the assassination of Dr. Martin Luther King that sealed the deal for her on entering the clergy. She witnessed the riots that followed King’s death.

“I thought that I am going to pick up this work,” Lewis said. “I was very active in my Baptist church and ended up in the Presbyterian church. I became an elder in church when I was 16.”

She went on to study at Northwestern University and Bradley University, where she focused on business management. Lewis entered the corporate world, working at Eastman Kodak as a sales rep and in human resources. However, she always knew her true calling was to enter the church.

“It was something that would not let me go. I had a great career. I was an HR person and sales rep living in California, and I made a lot of money. But I wanted to get into the church. It was in my belly, and it was nagging,” she said.

At age 30, Lewis went to Princeton Theological Seminary. It was there she said she felt like she was “coming home,” soon thereafter starting the school’s gospel choir. She wanted to continue her work to live out King’s dream of combating racism.

After graduating from Princeton, Lewis began working at a church in Trenton, N.J., for seven years before going to Drew University to earn her Ph.D. in psychology and religion. She specifically focused on how to build multiracial communities. “My job is to disrupt racism, and it’s a hard job,” she said.

Lewis is ordained in the Presbyterian Church and serves on the Multiracial Congregation Task Force of the Reformed Church in America. She is a guest speaker and preacher on the topics of LGBT issues, marriage equality, and racial justice and reconciliation. Lewis is an adjunct professor at the Graduate Theological Union (Center for Arts and Worship), Wesley Theological Seminary (Leadership, D. Min program) and at Union Theological Seminary (Preaching and Worship).

At Middle Collegiate Church, she says, all are welcome and the church’s diversity of various races and nationalities is a major attraction for parishioners.

“Everyone is participating in a world that is post-racial. That commitment to celebrating, not tolerating, the difference others. This is Dr. King’s vision. I feel like our church is part of the movement for justice,” she said.

Lewis’ latest task for the church is starting a nonprofit called the Middle Project, which trains leaders in helping to build multiracial communities. An accomplished author, Lewis penned “You Are So Wonderful! A Rhyming Celebration of the Uniqueness of Every Child” (Augsburg Fortress, 2003). Her book “The Power of Stories: A Guide for Leaders in Multi-Racial and Multi-Cultural Congregations” was published in 2008.