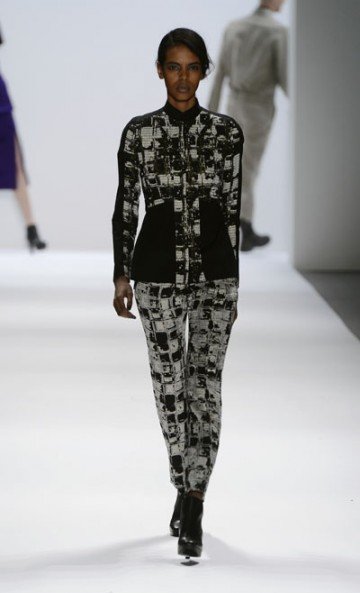 A native New Yorker who was raised in New Jersey, Chai started his fashion career at an early age. As an undergraduate, Chai had an impressive internship at Geoffrey Beene. After graduating from Parson’s School of Design, he studied in Paris and worked as a sketcher for Lanvin. He has also had stints with Armani Exchange, Donna Karan, Oscar de la Renta, Dior and Marc Jacobs and was appointed creative design director of the TSE brands, which included men’s and women’s clothing. Through these experiences, Chai developed his eye for detail. He believes strongly in the importance of value and construction of clothes.

His first formal runway-ready collection was launched in 2005. In this collection, there wasn’t much color, other than purple, that stood out. All eyes were pinned on Chai’s details, like the draping of a skirt to one side. Another gown featured a split that showed the leg, à la Angelina Jolie. Skirts are tapered and often shown with a flounced hemline. The hemlines of his skirts and dresses were knee-length for day fashions.

His men’s suits and sportswear were well-received on the runway. Shirts matching the color of suit jackets offered a sleek look. Some of his design signatures include arched seams, fabric treatments and eclectic color palettes. On the runway, his men’s fashion was shown along with women’s styles. Here, there were uniform-inspired, classic/cut styles that are refined with a modern yet youthful sensibility.

The Richard Chai Love brand is the female counterpart of his menswear label. It parallels the men’s line in its accessible price.