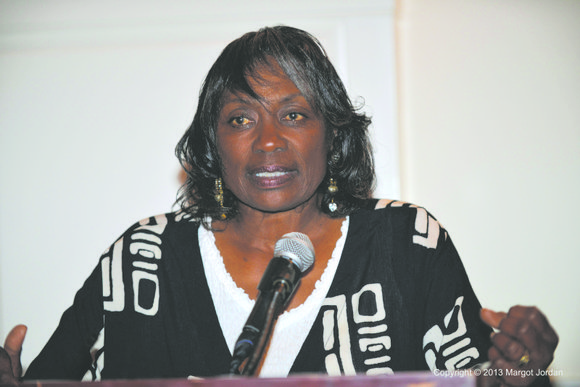 The Original Tee Golf Classic (OTGC), the premier celebrity amateur golf tournament lauded by diverse industry leaders and legends, celebrated a great milestone. In honor of its 14th annual season, organizers saluted the legendary Renee Powell, one of the Ladies Professional Golf Association’s first African-American golfers. Powell stands alone as the only person to become a professional Class A member of both the LPGA and the PGA of America.

“We are quite fortunate to honor Renee Powell, who is a true original legend, and celebrate her heritage by acknowledging and saluting the historic contribution of Clearview Golf Course,” stated Haskins. The Clearview Golf Club is the first African-American-planned,-built,-owned and -operated golf course in the United States. In 2001, it was named a national historic site by the United States Department of Interior in 2001. OTGC raised over $7,000 for the fund.

Powell retired from the LPGA in 1980, but her love for the game has never faded and has extended beyond the green. She continues to use her celebrity to promote diversity in various golf associations and champion women’s sports around the world.