Liberty search for identity and win 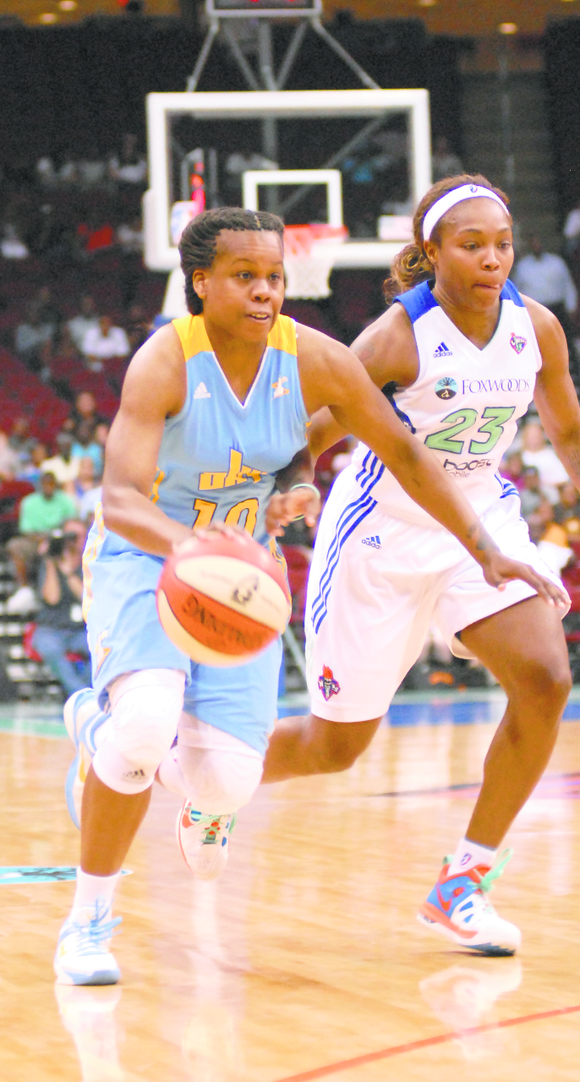 “We’re still figuring each other out, figuring out what kind of team we want to be, our identity,” said New York Liberty forward/center Plenette Pierson. “We’re young. We can’t use that as an excuse, but we’re still trying to find ourselves.”

Indeed, the Liberty roster looks quite different than it has in years past. While there is a nice blend of experienced veterans, including players who’ve won WNBA championships—Pierson, Katie Smith, Kara Braxton and Cappie Pondexter—as well as rookie talent—Kelsey Bone, Toni Young and Kamiko Williams—the Ws have been hard to come by. At press time, the Liberty were 6-10 and sitting in fifth place in the Eastern Conference.

“We need to figure out who the New York Liberty is going to be,” said Pierson, who previously played for coach Bill Laimbeer with the Detroit Shock. “We’ve got to be mentally tough every game. We’re going to have those droughts where we’re not making baskets and those droughts where we’re playing great defense but the other team is still scoring. We have to be mentally tough and fight through those.”

Now in her 11th WNBA season, Pierson, who joined the Liberty in 2010, said she’s never seen so many injuries during a season. In fact, veteran post player Cheryl Ford, who’d been expected to provide the Liberty with huge rebounding power, was waived early on. Pierson, who plays year-round—this past offseason, she was in Slovakia—does her best to block out nagging aches and pains and tries to bring energy every game.

The Liberty are on the road for the remainder of July. They return to the Prudential Center in Newark, N.J., on Aug. 3 vs. the Connecticut Sun. The WNBA All-Star game is this Saturday in Connecticut. Liberty guard Pondexter was voted a starter by the fans. Brooklyn native Epiphanny Prince of the Chicago Sky will also start.