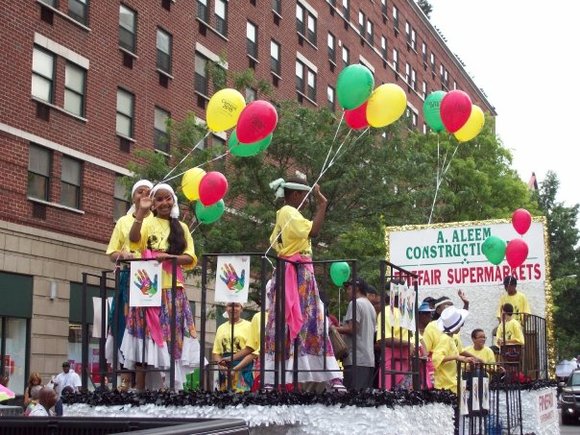 The Masjid Malcom Shabazz Mosque and the Martin Luther King Jr. New York Support Group are joining together again for the 18th annual Juneteenth Parade and King Fest. The event is scheduled to take place on June 18 at 11:30 a.m., with the parade lineup starting at 11 a.m.

Juneteenth commemorates the definitive end of slavery on June 19, 1865. Though the Emancipation Proclamation was signed two and half years earlier, slaves in Texas did not not receive word that they were free until that date. There are several theories as to why slaves in Texas got the news so late.

Festivities are set to begin at 11:30 a.m. with a parade through Harlem, activities at Marcus Garvey Park and a street fair on 116th Street. Grand marshals for the parade will include families and individuals who have impacted the community.

Ade A. Rasul, who serves as coordinator for the event, said that the Harlem neighborhood tradition was started by Imam W. Dean Muhammad, son of the honorable Elijah Muhammad. Rasul said that Muhammad encouraged the mosque to participate in the national celebration.

"It gives us a chance, as a people, to review our past and assess our current condition in order to better plan for the future," he said. "We are following the legacy of all those past freedom fighters who fought to point us in the right direction."

The Juneteenth committee is taking applications for floats and vendors for the street fair scheduled to take place from 12 to 7 p.m. on 116th Street between Lenox and Fifth avenues.

"We want people to see that our struggle and success in America is a part of a continuum that should be monitored and assessed annually," Rasul said. "We have a unique history in America."

In order to raise funds for this year's Juneteenth celebration, a series of films addressing African-American culture have been shown at the Malcolm Shabazz Cultural Center. The next screenings will be May 21 and June 6 at 2 p.m. Suggested donation is $6.

The Juneteenth Parade and King Fest planning committee meets every Wednesday at 6 p.m. at the Malcolm Shabazz Mosque on 116th Street and Lenox Avenue. For more information about participating in the event, call (212) 662-2200 or email msmosque@aol.com.