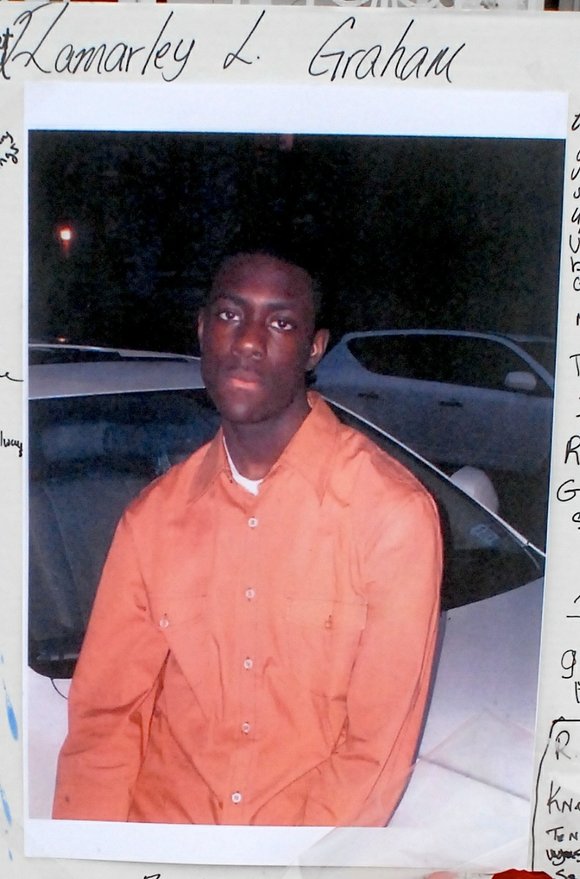 It is a tragedy when a parent has to bury their teenage son after their child is shot and killed by a police officer. It is an even bigger travesty when justice does not prevail. For the parents of Ramarley Graham, their pain, suffering and feelings of injustice were exacerbated when charges against Office Richard Haste, who killed their 18-year-old in his family's apartment, were dropped last week.

Haste had been charged in the shooting, which happened last February during a police drug operation in the Bronx. He and other officers chased Graham into the teen's bathroom, where the teen was shot at close range.

Bronx Judge Stephen Barrett said prosecutors made a major mistake in the grand jury process when they gave the impression that the jury shouldn't consider testimony by other officers who warned Haste that Graham may have been armed.

"This is not over. It is just a minor setback. The judge gave us the option of appealing or going back to the grand jury. We want another indictment," Constance Malcolm, mother of Ramarley, told the AmNews. "The evidence is not going to change; it's still there."

The Bronx district attorney is able to convene a new grand jury to hear the case against Haste, but at this point, it is unclear whether it will happen. Malcolm told the AmNews that she will not just continue to fight for justice for Ramarley, but for her 7-year-old son and all of the children in her community to protect them from police brutality.

"Police brutality is being pushed under the rug. If we don't stand up and let the world know that we are not going to take it anymore, this could happen to other children. This is not just happening in New York. This is happening all over the world," Malcolm continued. "This incident happened in my house. No warrant. You mean to tell me that we are not even safe in our own houses anymore? He came into my house and murdered my son in front of my mother and my 7-year-old."

Francelot Graham, Ramarley Graham's father, has become an outspoken critic of stop-and-frisk since his son's death. Graham has attended vigils in East Flatbush for Kimani Gray, who was shot and killed by police on March 9. The parent advocates recently attended a "Stop the Violence" dinner to show support for the family of slain corrections officer and retired Marine Kenneth Chamberlain, who was also shot and killed by police when they responded to his Life Aid medical alert system going off.

"When you have an incident where police use excessive deadly force, it seems like there is no accountability," said Malcolm. "The police act like judge, jury and executioners."

This past weekend, close to 100 people rallied in Wakefield in response to charges being dropped against Haste. Graham's parents and their supporters also gathered at the National Action Network with the Rev. Al Sharpton at their side and said they still want justice

Meanwhile, a statement from Patrick Lynch, president of the Patrolmen's Benevolent Association, said, "The judge's ruling was the right one. We believe the judge made a difficult but correct decision."

By the time the Amsterdam News went to press this week, no one from the Bronx district attorney's office was available for comment.