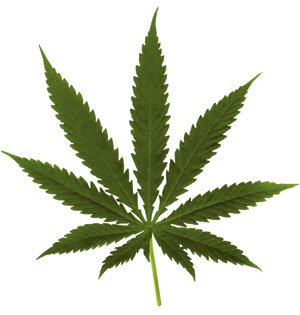 The New York State Black, Puerto Rican, Hispanic, and Asian Legislative Caucus announced the Assembly's passage of a more standardized marijuana bill today, which members of the Caucus describe in a statement as important to bringing "fairness and consistency in marijuana penalties."

The bill reduces the penalty for public possession of less than a half an ounce of marijuana from a misdemeanor to a violation, the statement reads. According to several members of the Assembly, fixing this law and making the penalties consistent will play a large role in ending racially motivated marijuana arrest practices.

The standing marijuana possession legislation, last updated in 1977, rules that possessing a small amount of marijuana is considered a violation, as long as it is not in public view. However, the violation becomes a Class B misdemeanor if officials consider the marijuana to be in plain view.

"The discriminatory and archaic marijuana possession law had been debilitating Black and Brown communities across New York State for too long, and today we have created a more just and unbiased statute," Assemblyman Keith L.T. Wright stated. "The previous law encouraged biased police tactics, like stop and frisk, which caused thousands of unnecessary arrests in my neighborhood of Harlem, and throughout New York City."

Governor Cuomo released a statement in 2012 which said that of the New York City arrests for possession of marijuana, 82 per cent of those arrested were Black or Hispanic.

"This is a civil rights issue, and I'm proud of my colleagues in the Assembly for passing this important bill," Chairman of the Caucus, Assemblyman Karim Camara, said in a statement. Camara sponsored the bill.

"Now it's time for our colleagues in the Senate to act, so we can deliver this bill to Governor Cuomo for his signature," Camara said.

The Senate companion to the bill is sponsored by Senator Daniel Squadron.

"None of us should accept living in a place where the color of your skin, your gender, and your age define whether your behavior is a criminal act or not," Squadron said in a statement. "It's time for the Senate to act and bring justice to each and every New York community."