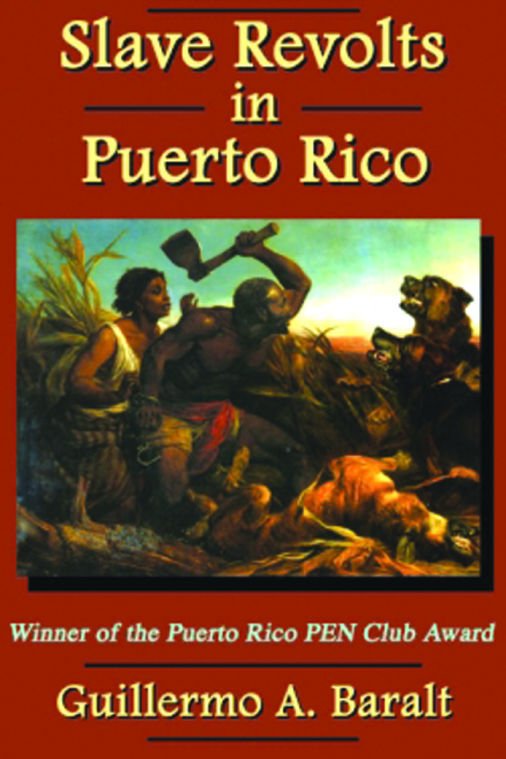 When Guillermo A. Baralt published the original Spanish-language version of "Slave Revolts in Puerto Rico: Conspiracies and Uprisings, 1795-1873," there was a strong reaction to its contents. To research the book, Baralt combed through municipal archives and old news reports to find documentation of over 20 revolts by enslaved Africans and a high incidence of self-liberated Blacks in Puerto Rico before slavery officially ended on the island in March of 1873.

"Up until the book's publication, the conventional wisdom was that slaves in Puerto Rico were docile, had no reason to rebel and were generally treated well," Baralt notes in his 2007 preface to the English-language version of the book. "Nevertheless, as 'Esclavos Rebeldes' demonstrated, researching the municipal records of many towns on the island during the period between 1796 and 1848 revealed a radically different story."

Puerto Ricans of whatever skin color will invariably insist that they are from a culture where there is traditionally little racism. Because most Puerto Ricans are indoctrinated with this understanding that they have a pan-ethnic island heritage, there is often an underlying belief that race prejudice has never been practiced on the island--and that if it ever was, it is certainly different than the Black/white race-based dichotomy that was, and in many ways still is, in force in the United States.

Many Puerto Ricans have been taught the famous Fortunato Vizcarrondo poem, "Y tu aguela aonde ejta?" ("And where is your grandmother?"), which details how white-skinned Latinos will boast about a European-based heritage while not acknowledging their African roots--the title literally refers to their Black grandmother, who is hidden away toward the back of the house. But this poem indicates, with its apparent disparaging of African heritage, that race relations have not been so rosy.

There is little historical understanding that Puerto Rico also enslaved people of African descent and kept them in that position based on their Black skin color--slavery in Puerto Rico was no kinder or better for enslaved Africans than it was anywhere else in the Americas. Wealthy Puerto Rican landowners used slaves to help produce their crops. To maintain their businesses at a profit, they were often cruel to the people they owned. However, Puerto Rico's slave owners were frightened of their slaves. They believed the Haitian Revolution was due to have a terrible effect on all of the Caribbean colonies, a fear confirmed by later uprisings in Guadeloupe, Saint Lucia, Cuba and Venezuela.

Baralt writes about the increase of the slave population on the island and the subsequent rise in revolts. After the Haitian Revolution, the need for more Puerto Rican sugarcane plantations increased. Haiti had been the source of 40 percent of the sugar consumed in the world, and after its revolution, there was an opportunity for other Caribbean islands to fill that role. As Puerto Rico increased its population of enslaved Africans, it tried to augment its sugar output, but the influx of recently arrived African-born slaves, who were known as "bozales," often led to more individuals unwilling to accept that the rest of their lives would have to be lived in slavery.