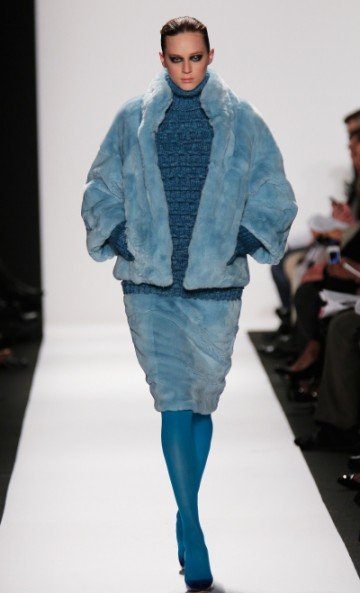 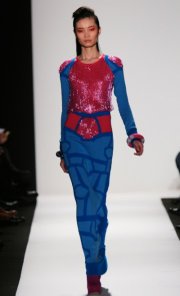 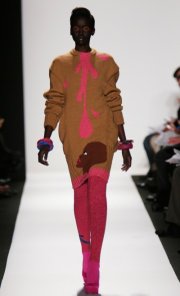 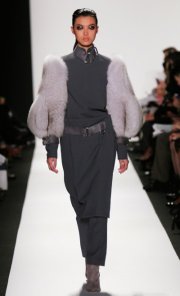 Talented, world-class student designers from the Academy of Art University in San Francisco, Calif., presented their fall 2013 collections in New York and surprised the audience with an absolutely magnificent show. Although they each had a different concept, they all received a standing ovation. These designers came from all over the world, including one who hails from the Bronx.

The UniFrance collection, a collaboration of four M.F.A. fashion design students, was sponsored by the French Trade Commission. It was an effort to boost the presence of French textiles manufacturing in the U.S.

"Part of our commitment to the designers is to help launch their careers and to have their collections seen by the industry professionals," said Elisa Stephens, president of Academy of Art University. "Debuting their collections during Mercedes-Benz Fashion Week at Lincoln Center is an incredible opportunity."

Bronx-born Quinones grew up in Valley Stream, N.Y., where she attended Valley Stream Central High School. She earned a B.F.A. in textile design from Academy of Art University. Quinones designed textiles for Jisun Lee's spring 2013 collection. Her designs were outstanding.

Also coming from America was designer Stephanie Touch, who was born and raised in Bakersfield, Calif. While earning her M.F.A. in fashion design at Academy of Art University, she worked as an intern, creating patterns and producing finished garments. Touch looked to traditional Asian architecture when designing her spring line. She gleaned inspiration from clean lines and tiled roofs.

Jie Jessie Liu, from Penglai in the Shandong province of China, earned second place in the Vitamin Water design competition that was judged by "Project Runway" finalist Mondo Guerra. Liu collaborated with textile designer Tanja Milutinovic for her spring 2013 line. She was inspired by the artist Anish Kapoor, known for his geometric, streamlined sculptures. She interpreted his geometric concept in her garments with sharp lines and angular silhouettes. Milutinovic, originally from Belgrade, Serbia, earned first place in Stylesight's Spring/Summer 2012 Prints and Graphics competition for her innovative work. Milutrinovic collaborated with Liu, creating prints for spring '13.

Lee hails from Seoul, South Korea. For this season, she looked to 1920s men's suits. She reinterpreted the silhouette for women's wear, maintaining an oversized look and experimenting with collars and lapel structures.

Yanfei Fan, who was born and raised in Shijianhuang, in the Hebei province of China, was inspired by windows in modern buildings. These looks offered repetitive patterns, angular shapes and the transparency of glass.

Another designer, Iglika Vasileva Matthews, is originally from Bulgaria. She was also inspired by buildings, specifically those designed by Zaha Hadid. Hadid's structures often create an illusion of movement in static objects, which Matthews sought to replicate in her collection.

From Taiwan, Ginie C.Y. Huang was inspired by the work of Ninagawa, one of Japan's most popular photographers. You couldn't help but to be completely immersed in the colors in this collection.

Jarida Karnjanasirirat is from Bangkok, Thailand. For her show, she created three-dimensional collars, lapels and pleats, bringing her inspiration to life in her garments.