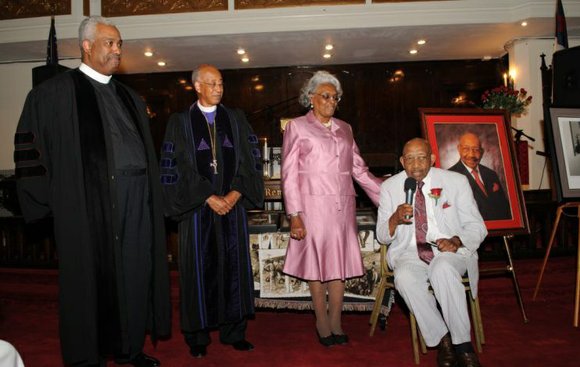 Mother AME Zion Church held a dedication ceremony on June 16 that celebrated the official renaming of the church’s lower level in honor of Dabney N. Montgomery, a documented and original Tuskegee Airman. What was once a lecture hall and the junior church, where youth services were held, will now be a museum called the Dabney N. Montgomery Art Gallery and Exhibition Hall.

Montgomery served as one of the Tuskegee Airmen, a group of the first Black military pilots in the U.S. armed forces, during World War II from 1943 to 1945. After receiving a degree in religious education in North Carolina, he moved to Harlem and joined Mother AME Zion Church, the oldest Black church in the state of New York, in 1955. He has served as the director of youth and the church’s historian, and he also conducts church tours. In 2006, it was announced that the lower level of the church, which will house the church’s archives and museum, would be named after him.