Mothers on a Mission: Hip-hop get's on board 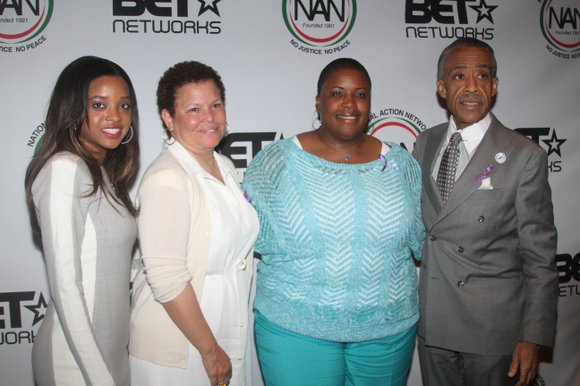 Mothers on a Mission: Hip-hop get's on board

For the past few years, around this time of year, I've reserved my column for highlighting evenings of entertainment for the givers and caretakers of life--moms. So to follow my lil' annual practice, here we go.

On Saturday, May 11, one of the premiere romantics of the modern music era, Babyface, comes to the Theater at Madison Square Garden (Seventh Avenue between 31st and 33rd streets) along with Aaron and Damion Hall's incarnation of Guy. Show begins at 8 p.m. and tickets range from $79-$149.

It's the concert that has become synonymous with Mother's Day for three years running: Musical legends the Whispers and Stephanie Mills take over the NYCB Theatre at Westbury (960 Brush Hollow Rd., Westbury, N.Y.). Prices are $40-$75, and the show begins at 8 p.m.

Now that that's out of the way, let me share what I learned about the origin of Mother's Day. I had no idea that the day was birthed in the spirit of activism. A woman by the name of Julia Ward Howe brought forth the first Mother's Day Proclamation and Mother's Day for Peace in 1870 to bemoan the impact of Civil War violence in the war-torn America communities.

Among the things Howe said in the proclamation was this: "We, women of one country, will be too tender of those of another country, to allow our sons to be trained to injure theirs. From the bosom of the devastated earth a voice goes up with our own. It says: 'Disarm, Disarm!'"

Today, as we face an unfathomable amount of violence targeted at youth, that message needs to be resurrected. And it has, as BET President Debra Lee and National Action Network founder the Rev. Al Sharpton have combined efforts to launch a new movement called Mothers on a Mission Against Urban Gun Violence, or M.O.M. This program will begin as month-long campaign during the month of May aimed at educating and empowering mothers and women to unite against urban gun violence. It will incorporate government officials, corporate leaders, celebrities and other concerned mothers.

In attendance at the launch event was a woman who has taken on the tenets of the movement and may have been its catalyst: Cleopatra Pendleton, the mother of Hadiya Pendleton, the Chicago native who lost her life at the tender age of 15, one week after she had performed at events for the second inauguration of President Obama. BET Networks and the National Action Network will leverage all of their platforms--including on-air programming, social media and grassroots community mobilization--to encourage women to use the remainder of the month to speak out against the plague of urban gun violence and implement the following five-point plan: