Officials, activists and politicos wrestle with idea of an NYPD inspector general 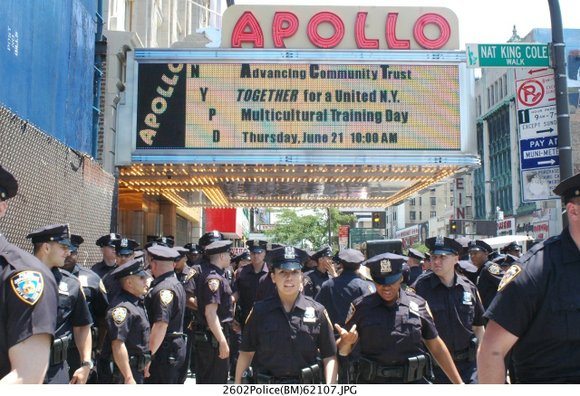 Officials, activists and politicos wrestle with idea of an NYPD inspector general

When the city was mired in crime in the 1970s and 1980s, being from New York was a badge of honor. It said you survived something others couldn't. But when the city began to turn things around in the 1990s, being from New York meant that you were from the home of MTV, "Seinfeld" and the birthplace of America's new youth music: hip-hop. Over a decade into the 21st century, those who survived the bad old days don't recognize the city they once loved, but they appreciate the improvements it's made.

Under the reign of former Mayor Rudolph Giuliani and current Mayor Michael Bloomberg, New York City's drop in crime has become the stuff of legend in certain circles. The New York Police Department is looked at as the standard-bearer for not only law enforcement in America, but across the globe.

But with the city's current stop-and-frisk policy, which disproportionately targets Black and Latino males, and the unchecked surveillance of Muslim residents, some have called for an overseer. A watchdog. Someone who can make sure the police are doing their job without violating the constitutional rights of the residents they serve.

Could politicians, at a time when the city is as safe as it's ever been, muster enough courage to openly challenge the NYPD and its practices? Could politicians rock the boat even when that boat is successful? One mayoral candidate has surprisingly jumped on board after not publicly appearing as a fan on a recommended addition to the city's law enforcement.

When divided by borough, stop-and-frisk meets its highest rate of disapproval in the Bronx at 63 percent, while there's a 62 percent approval on Staten Island. Among age groups, the only one with majority approval for stop-and-frisk are residents ages 65 and up. The objection to stop-and-frisk, if one uses the Quinnipiac poll as a barometer, is overwhelmingly young, outer-borough and predominantly Black and Latino.

The Civilian Complaint Review Board (CCRB), in its current form, came to be in 1993 after decades of push and pull between the NYPD and the city. What was once a board that was part police and part civilian is now all civilian. The board was given subpoena power and authority to recommend discipline in cases the board reviews, but without the power to actually do something, the final decision in cases of police misconduct lies in the commissioner's hands.

Just last year, the CCRB was given expanded rights in its prosecutorial role over police officers accused of misconduct, but Council Speaker Christine Quinn has left one of the seats on CCRB vacant since 2009, when former board member Dennis DeLeon passed away. Despite an expanded budget, the CCRB has been rendered powerless. The NYPD and the city, still have the final say.