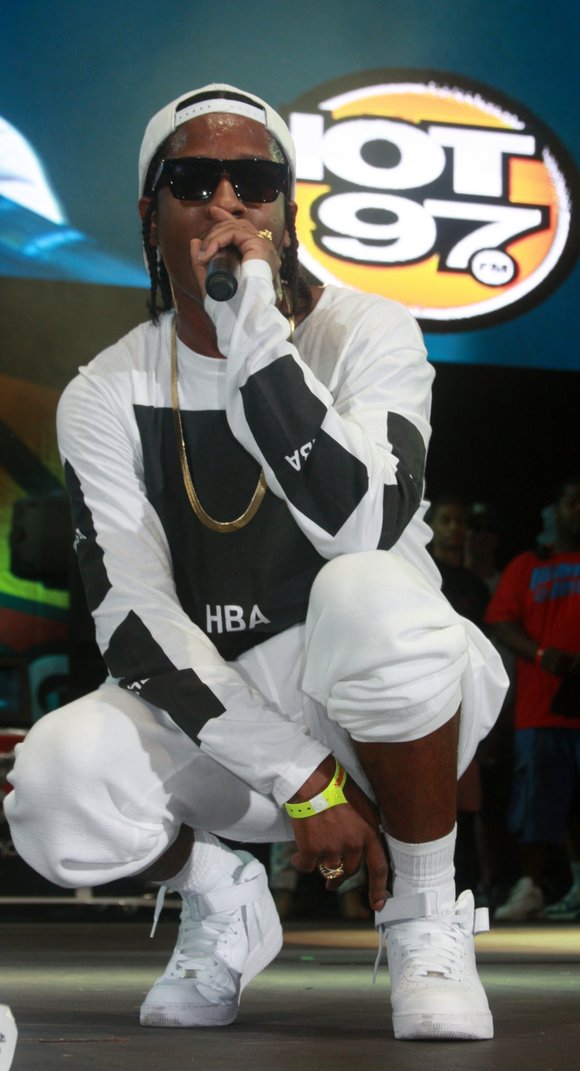 You gotta love an entrepreneurial spirit. As soon as you pay that $30 parking tab to pull into MetLife Arena, you're met with the smell of burgers, steaks and hot dogs on the grill that are for sale, along with nutcracker beverages and, of course, the "affishill" summer jam T-shirts that include Woo Tan Klan, Wale and Chris Brown. So what if the spelling is a little off? The point is, there will always be some people looking to leech profits off a culture and a brand despite the level of quality of the product. Well that's what the plight of hip-hop culture has been subjected to since it first began to generate dollars in the millions.

Get the analogy? Hope so, because that's where we are in 2013. So now that the climate has changed to the point of no return, it's time to revel and pay homage. Kudos to WQHT HOT 97 for conceiving and cultivating a brand that has grown to the point that it's able to stand alone. On June 3, we witnessed the 20th anniversary of the series that still seems to pick up steam annually and is a win-win for consumers as well as sponsors. HOT 97 Summer Jam XX is presented by Boost Mobile, Pepsi, CROC, VEVO, XXL magazine, Logic, Dax, E&J, Millennium Honda, Bud Light Platinum, Brisk, MetroPlus Health Plan, Pantene, OraQuick, Nutrament Complete Nutrition Drink, Blink Fitness and Hot New Hip-Hop.

Additionally, this year, the entire nine-hour show--including for the second consecutive year, the HOT 97 Festival Village--was broadcasted live, in partnership with Boost Mobile, to over 20 countries around the world on www.HOT97.com, across the Loud Digital Network and via HOT 97's media partners. That's work! Before the show started Lin Dai, vice president of digital programming and entertainment at Emmis Communications, described how it bloomed and how it all fits.

"HOT 97 Summer Jam is one of the most culturally relevant movements in hip-hop," said Dai. "When we moved the concert to Giants Stadium in 2003, we made it possible for 55,000 fans to attend in person, which made HOT 97 Summer Jam the single largest hip-hop concert in the country. Our goal and challenge has always been, how do we bring the HOT 97 Summer Jam experience to even more fans around the world?

"In 2011, we live streamed the concert for the first time, so fans from around the world could share this moment. Last year, we made HOT 97 Summer Jam a true festival experience and we launched the Loud Digital Network and live streamed the entire HOT 97 Summer Jam concert across 40 major hip-hop and entertainment sites in the network, reaching 600,000 fans worldwide. This year is the 20th anniversary of HOT 97 Summer Jam, and we are pulling out all the stops. We want to break our own record and reach 1 million fans this year." That traffic is golden for brand-building.

"If you watch the live stream, we make sure the experience is a two-way experience," he continued. "You can engage with our DJs, celebrities and other fans via social media. When you go to Hot97.com/Live, we want you to feel like not only are you watching, you are experiencing the show; you are part of hip-hop culture and part of history."