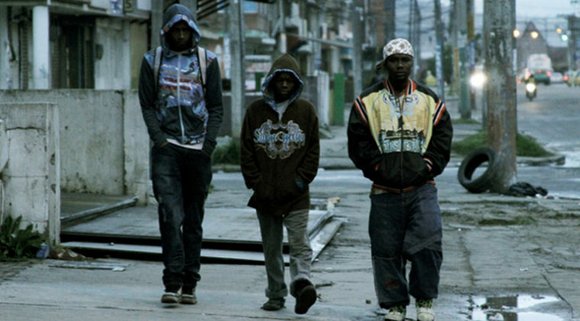 The diverse selection of films in the program combines classic films with contemporary films that present revealing stories about people in different parts of the world. Surinam, Senegal, the U.S. and Colombia will be showcased in a three-day event that will be packed with good storytelling and imagination. Films include:

A drama of 30 men (and one woman, a stowaway) who set out on an illegal seven-day voyage to Spain in a pirogue--a boat resembling a vastly oversized dinghy.

The story of Tomas, an Afro-Columbian teenager who, like hundreds of other Black Colombians, is forced to flee the civil war-torn Pacific Coast for Bogota. In Bogota, soft-spoken and lanky Tomas faces racism and exclusion and is forced to mature under the weight of new responsibilities. When his younger brother and closest friend Jairo disappears, Tomas is forced to plunge into the streets of the city to find him.

Winner of the Best Director Award at the 2012 Sundance Film Festival, "Middle of Nowhere" follows Ruby, a bright medical student who sets aside her dreams and suspends her career when her husband is incarcerated.

"Return to Goree" tells of African singer Youssou N'Dour and the epic journey he takes following the original path of the Atlantic slave trade in order to retrieve traditional jazz music and bring it back to Africa.

A young Black Surinamese man studying in Amsterdam borrows money from his Dutch girlfriend so that he can return home to his ill mother. But when he sets foot on land in his native country, he finds himself coping with an inner struggle.

ADIFF has managed to increase the presence of independent Afrocentric films in the American movie scene by launching films such as "The Tracker" by Rolf de Heer (Australia), "Kirikou and the Sorceress" by Michel Ocelot (France), "Gospel Hill" by Giancarlo Esposito (USA), "Daratt/Dry Season" by Mahamat-Saleh Haroun (Chad), "The First Rasta" by Helene Lee (France/Jamaica), "The Story of Lovers Rock" by Menelik Shabazz (UK), "Scheherazade, Tell Me a Story" by Yousry Nasrallah (Egypt), "La Playa D.C." by Juan Andres Arango (Colombia) and "The Pirogue" by Moussa Toure (Senegal), among others.