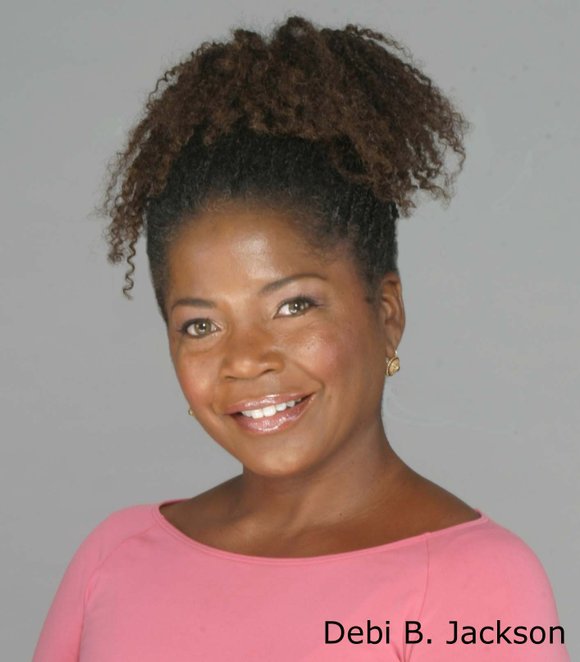 Every Sunday in the 107.5 FM WBLS station, Debi B. Jackson sets out a cup of water on an empty chair in honor of her late husband and radio legend Hal Jackson. It's just a few months shy of a year since his death. Debi B. continues to get her life back on track and keep her late husband's legacy and dreams alive.

Making a name for herself as co-host of the famed "Hal Jackson's Sunday Classics" on WBLS, Debi B. has held the title for almost 30 years thanks to Hal. She is also now one of the women behind Hal's famous Talented Teens International pageant, which gives scholarships to young women.

Born in Harlem, she moved to the Bronx at age 11. She later attended Central Commercial High School and studied liberal arts at Fordham University. Having no prior radio experience, Jackson's background is actually in human resources; she has worked for non-profits and Fairleigh Dickinson University.

She had known Hal since she was a kid and began dating him in 1981.

"He asked me six weeks after we started dating to marry him and [I] said, 'Ask me after two years,'" she said. "We were together for six years before we got married but he [knew] what he wanted."

Hal and Debi B. were married for nearly a quarter of a century. Last September would have been their 25th wedding anniversary. Debi B. said she cherishes the time they spent together and that he had a profound influence on her life.

"He was a wonderful individual and he was the best husband that anyone could ask for. There wasn't a day that went by that he didn't say he loved me. Hal was always supportive of me and he always pushed me forward," she said.

When Hal was working on his show, he asked Debi B. to come in to answer the phones and announce contest winners on the air. She soon began co-hosting and then became one of New York's most recognized radio talents. "Sunday Classics," now hosted by Debi B. and Clay Berry, remains a staple in the city.

Debi B. will also be continuing Hal's legacy of the Talented Teens competition. Debi B. said that while the pageant has taken a two-year break, she is using this time to regroup. Together Hal and Debi B. put in over $1 million in total into Talented Teens, and now the competition is looking for sponsors.

"I am getting my life in order so that I can regroup and restart Talented Teens," she said. "The competition is so important. So many women have gone on to do well as a result of being in Talented Teens like Vanessa Williams, Jada Pinkett-Smith and Sheryl Lee Ralph."

Debi B. is also a photographer. She has a show coming soon to the Adam Clayton Powell State Office Building in Harlem. An advocate of giving back to the community, Debi B. is also a volunteer for Wheelchair Charities, Inc., a non-profit organization that has raised millions of dollars to mobilize, educate and entertain quadriplegics and paraplegics at Coler Goldwater Hospital.

She said that with all of that going on, the love of her life will never leave her. "Hal was my life," she said. "We did everything together and he is still always with me."

Debi B. plans on hosting a dinner in November on what would have been Hal's 98th birthday.