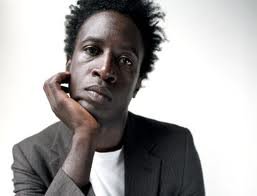 Mar. 12 (GIN) - Cineastes of all stripes and nationalities brightened this year's Film and Television Festival in Ouagadougou, Burkina Faso - a biennial event that recognizes the best works of the African continent with major prizes.

Jurors, who viewed 101 entries including shorts, features, documentaries and TV serials, singled out "Tey" (Today, in English) from Senegal for the much-coveted Golden Stallion of Yennenga award. Directed by Alain Gomis, the film tells of a man (acclaimed American actor/poet Saul Williams) who accepting his imminent death, walks through the streets of Senegal, observing the sites of his past as if for the last time.

Unlike the posh affairs in Hollywood and Cannes, at Fespaco, as the festival is called, noted African filmmakers mingled with fans at street diners while the infectious beats of West African rock, jazz and rap and street life cacophony provided ample surround sound.

This year, women presided over all of the juries for the different categories. "Women have carried African cinema on both sides of the camera," explained Fespaco organizer Michel Ouedraogo. "We have to give them greater visibility and a bigger role."

"Tey" will be screened at this year's African Film Festival in New York, opening Apr. 3 at Lincoln Center. After a one week run, the festival opens at other local venues before traveling to festivals nationwide. Also showing will be Death for Sale by Moroccan filmmaker Faouzi Bensaidi, and the 1993 hit, Guelwaar, by venerated Senegalese director Ousmane Sembene.