King was more than just a dreamer 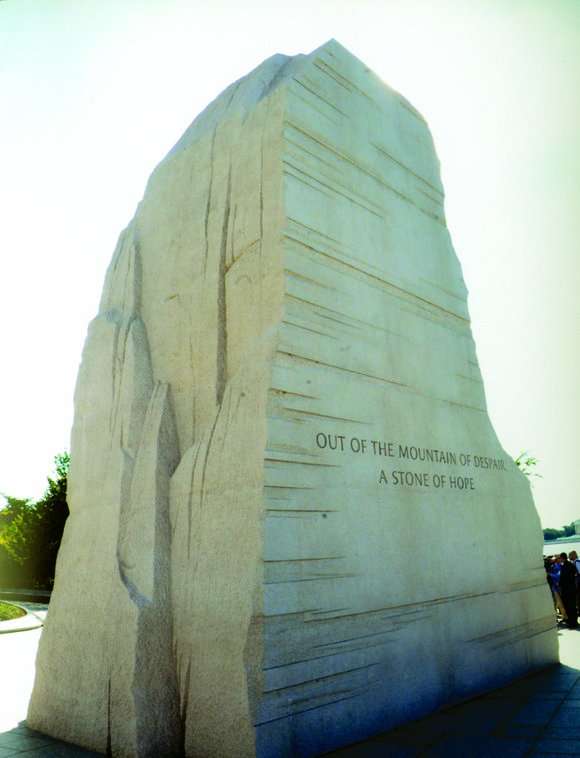 King was more than just a dreamer

On March 31, 1968, just days before he was assassinated, Dr. Martin Luther King Jr. declared at the National Cathedral in Washington, D.C.: "For more than two centuries our forebearers labored here without wages. They made cotton king, and they built the homes of their masters in the midst of the most humiliating and oppressive conditions ... and yet, out of a bottomless vitality, they continued to grow and develop. If the inexpressible cruelties of slavery couldn't stop us, the opposition that we now face will surely fail!"

Michael King Jr. was born in Atlanta on Jan. 15, 1929. Years later, following in his father's footsteps, he adopted the name of the German religious reformer. Active in his local community as an adolescent, by age 26, the courageous reverend had risen to national prominence as president of the Montgomery Improvement Association, which supported Rosa Parks' defiant stance on Dec. 1, 1955. This incident helped kick-start the race-incited reactions which followed, and was a major catalyst for the Civil Rights Movement.

"During the Montgomery Bus Boycott, Black people used their economic power and brought them to their knees," says Dr. Leonard Jeffries, recently retired chairman of Afrikana Studies at Harlem's CCNY. "We should've bought our own buses and started our own companies after that."

After witnessing the power of a disciplined people, through their economic noncompliance, the young minister claimed some semblance of success: "The once-dormant and quiescent [Black] community was now fully awake," King contended.

His poetic oratory skills, developed in the house of worship, hypnotically commandeered masses to follow his lead.

"Martin wanted to make things better for his people, for his race--he wanted to bring about change," reflected activist Pop Gaskins, a participant at many of Martin's marches. "We were being abused by our oppressors and we wanted revenge. We wanted to fight, but he didn't want us to be like them [Caucasians]--he was trying to teach us something different."

For a decade and a half, the progressive preacher attempted to carry the plight of Americanized-Africans on his shoulders, combating racial hatred/terrorism in the segregated South and advocating equal employment opportunities for his people across the land.

"He didn't just have a dream--a dreamer sleeps and dreams. He made changes, and had a struggle he was prepared to give his life for!" Jeffries says.

A strategic move that never manifested was the proposed link between two of that era's most influential Black leaders.

"If Malcolm and King had lived--they were about to come together and become one movement--there would be a totally different world today, and they [the powers that be] couldn't allow that to happen," activist Atiim Ferguson says. "When they saw that happening, that was the death warrant for both of those men."

King once proclaimed, "Injustice anywhere is a threat to justice everywhere."

He went on to dissect many social ills that plague his people in the "land of the free," like the imperialistic Vietnam War; in King's view, "No matter where it leads, and no matter what abuses it may bring, it's an evil war and I'm going to tell the truth!"

Four and a half decades after King's murder, his message of self-determination still resonates beyond the hollow dreams that have been sold to the masses for the past few centuries.

"The function of education is to teach one to think intensively and to think critically. Intelligence plus character--that is the goal of true education," the 1964 Noble Peace Prize winner said.

"One of the great liabilities of life is that all too many people find themselves living amid a great period of social change, and yet they fail to develop the new attitudes, the new mental responses that the new situation demands," King concluded. "They end up sleeping through a revolution!"

The entire text of King's speech "Remaining Awake Through a Great Revolution" can be viewed in the Stanford University archives at http:// mlk-kpp01.stanford.edu/ index.php/ kingpapers/ article/ remaining_awake_through_a_great_revolution/