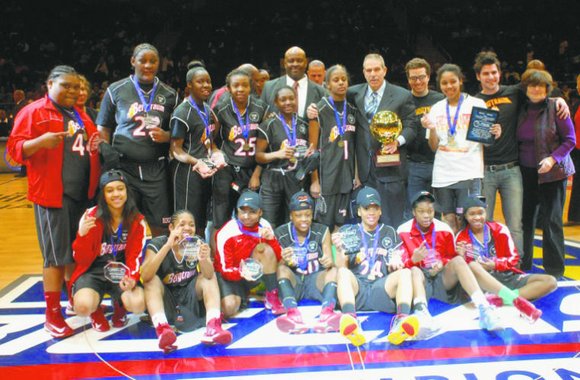 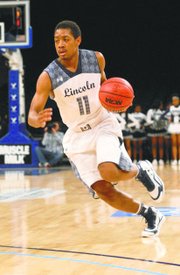 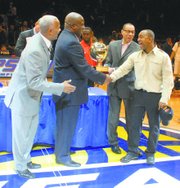 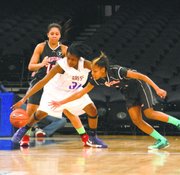 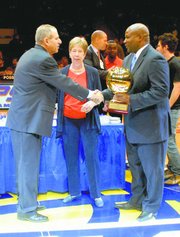 "It's going to be 15 times in a row today," said Destiny Anderson, a senior at Murry Bergtraum High School who came to watch the Lady Blazers take on South Shore High School for the PSAL championship at Madison Square Garden. "Blazer pride."

After being stomped by the Lady Blazers in the first half, South Shore's Lady Vikings mounted a fierce challenge late in the game, but in the end, it was a familiar sight: coach Ed Grezinsky holding the trophy. "It's a credit to the team. They worked hard all year," said Grezinsky, who told a now familiar tale after the 48-43 win. "A lot of people didn't think this was our year."

Senior Kimberly Viafara said even she had doubts, but the commitment the players share saw them through. "That's what we did today--we played our hearts out and we got it," said Viafara, who, post-game, wore the T-shirt all the players donned last year to pay tribute to their teammate, Tayshana Murphy, who died in September 2011. "Faith goes a long way and you've got to work hard."

Grezinsky pointed out that coaching girls' basketball has unique challenges. "It's not only what you do with the Xs and Os, but it's how you deal with the personalities," he explained. "You have a lot of personalities when you coach girls. ... Half, maybe three quarters of the battle is keeping everybody on the same page. If you can do that and you have talent, you're in business." His understanding and dedication to the players is not lost on Noreen Stallings-Wiggins, mother of player Norvonee Hall, and substitute teacher at Murry Bergtraum.

"He is so supportive of all the girls," she said. "He's really a fine example of what a man should be in a girl's life."

South Shore coach Anwar Gladden called Grezinsky a "scoutaholic," recalling a Sunday game the Lady Vikings played in Maryland two days after beating the Lady Blazers. "When I walk in the gym, this guy's in the top bleacher," said Gladden, who promised his young team would return. Summing up the Lady Blazers' seemingly unstoppable run, one of the team's most famous stars, Epiphanny Prince, now of the WNBA's Chicago Sky, made it clear. "You never want to be a part of the losing team," she said.