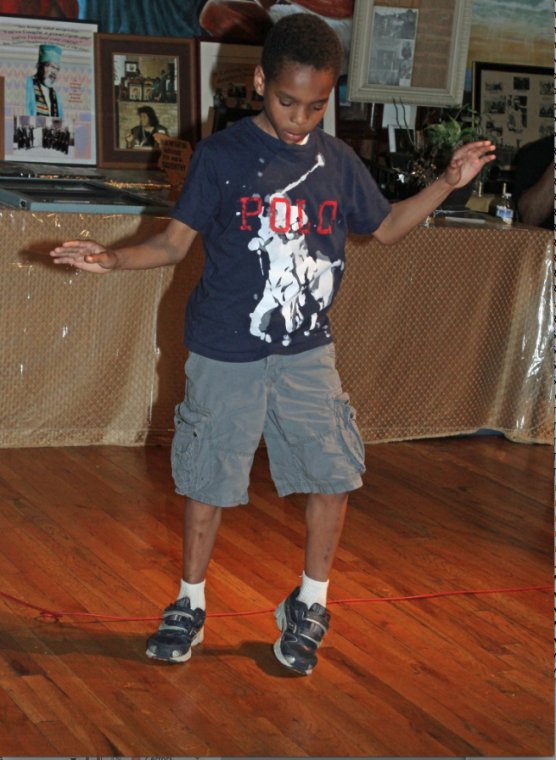 Brooklyn, N.Y., is one of the epicenters of talent in the world. There was a lot of it on display on Friday, May 10, as the House of the Lord Church in Brooklyn played host to the monthly Youth Cafe.

The Youth Cafe was created by the Rev. Dr. Herbert Daughtry, the national minister of the House of the Lord Churches and founding chair of the Downtown Brooklyn Neighborhood Alliance (DBNA), to give "youth a protected environment in which to showcase their talents, develop their intellectual potential, network with other youths and make contacts with celebrities and record producers." It is sponsored jointly by the House of the Lord Churches and DBNA.

The most recent Youth Cafe took place at the Timbuktu Learning Center, housed in the historic Brooklyn church on 415 Atlantic Ave., between Bond and Nevins streets. The talented youth ranged from ages 5-15 years old. They came from the five boroughs of New York City, as well as New Jersey.

This reporter helped co-host the Youth Cafe along with Kyara Shipman, a Jersey City House of the Lord Church member. Daughtry was in attendance along with his wife, Dr. Karen S. Daughtry, the minister of the House of the Lord Church, and his daughter, Sharon Daughtry, the executive director of DBNA. Daughtry gave his blessings and stated the purpose at the beginning of the program.

The performers shined as brightly as the spotlight on them as they demonstrated their extraordinary talents. Some of the youth performed original pieces. Rapper Rodney Nelson, aka Jerell, did a vocal presentation, "Hard Times." Also performing original music was the rap duo of young brothers, "Young's Finest." The brothers, Isaiah and Isaac Watson, did two rap songs: "Miracle" and "God is Over Everything."

The female youths were well-represented as Shakina Boulding, Breanna Bethea and Martajah Exum put their voices to work, covering songs from Rihanna, CeCe Winans and the late Whitney Houston. There was even a dance performance. Herbert Daughtry III, Daughtry's 7-year old grandson, performed his own dance number to the late Michael Jackson's "Billie Jean." In the audience were family members, friends and community people.

The event was a complete success. The next Youth Cafe will be on June 14. The venue will be switched to the House of the Lord Church in Jersey City, located at 427 Martin Luther King Jr. Drive. Daughtry closed the program, expressing gratitude and appreciation to all of the performers, guests and parents. He encouraged the young people to continue developing their intellectual and artistic talents. Using the title from his latest book, he said, "Remember that you were 'Made to Master.'"