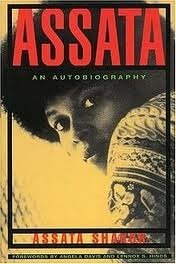 On May 2, the 40th anniversary of the New Jersey troopers' murder of Zayd Shakur and attempted murder of her, the Garden State doubled the 2005 bounty offered for her capture--from $1 million to $2 million--while the FBI placed her name on their Most Wanted Terrorist list. Assata is the first woman ever--and only the second domestic--to be placed so prominently.

The day's events began with a pre-noon press conference at the Guillermo Morales/Assata Shakur Center inside Harlem's City College of New York, where May 9 was declared "Hands Off Assata Shakur Day."

"We demand that the U.S. government totally rescind both its $2 million bounty and Most Wanted Terrorist designation on Assata Shakur, [aka] Joanne Chesimard, and that all efforts to secure her capture by armed bounty hunters, mercenaries and extradition tactics immediately cease," insisted Black Panther Brother Shep. "We further demand that her political asylum and protection by the sovereign nation of Cuba be respected and that all U.S. law enforcement agents immediately end their own terrorism, harassment and defamation of Assata's name, family, friends, comrades and supporters. Hands off Assata! She is innocent and she must remain free!"

Attorney Bob Boyle shared legal advice and said, "The labeling of her as a terrorist is really another attempt to implement fear."

Fellow lawyer Marty Stolar added: "The main thing that we are concerned about, this boosting of the reward for her capture and declaration as a terrorist, is how the U.S. government is challenging the sovereignty of the nation of Cuba. For [the U.S.] to encourage violations of Cuba's space is a violation of international law."

Sister Espy spoke from the audience: "We need to see this attack on Assata as an attack on the revolutionary movement worldwide!"

Brother Bullwhip rhetorically questioned, "Who is the nation that is committing terrorist acts on other people at all times? If they come for her, they're going to come for us."

At 5 p.m., the crowd, in call-in-response unison, chanted, "Hands Off Assata Shakur!" and "Who's the terrorist? Don't tell no lie! The CIA and FBI," from the Northeast corner of Harlem's African Square (125th Street and Seventh avenue).

"Assata was a part of the Black revolution of the 1960s, in which African people struggled to overturn this colonial relationship that the U.S. government has with African people of the world," said Brother Diop from the Black is Back Coalition. "They hate Assata because she is a living and breathing example of revolutionary resistance."

Black Agenda Report's Margaret Kimberly surmised: "Make no mistake it is he who has labeled Assata a terrorist, [and now] he can kill her, detain her, or do anything else that he wants. Obama can use Assata as a pretext for attacking Cuba ... just as he and NATO did in Libya and now Syria."

Her colleague, Glenn Ford, pointed out: "We're not talking criminal justice here; we're talking about a purely political charge. Terrorism is U.S. policy in the world. It is not [seen as] an aberration. There is no more soft power, no more meaningful diplomacy ... it is all just terror!"