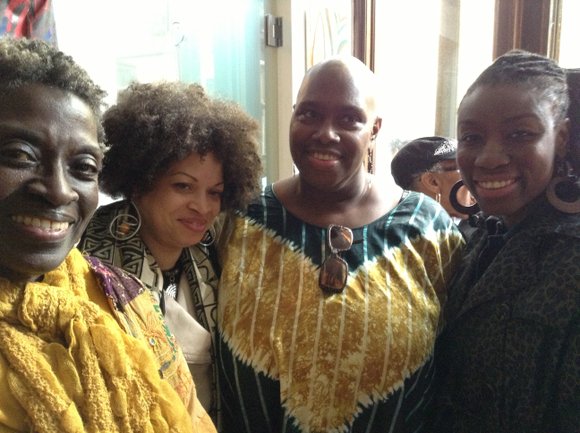 Weusi was essential in forming the New York Chapter of the National Black United Front; African-Americans United for Political Power, which was a vital force in the election of Mayor David Dinkins; and he worked vigorously on the Rev. Al Sharpton's campaign to become the first Black U.S. senator from New York.

In 1970, Weusi was the principal operator of the East Cultural and Educational Center, where he presented jazz programs weekly, which featured the likes of Max Roach, Betty Carter, Randy Weston, Pharoah Sanders, Hugh Masekela and Sun Ra.

Weusi was a devoted jazz aficionado, collecting and writing profusely on the genre. He served as the chairperson of the Central Brooklyn Jazz Consortium for many years.

Having been sick for a while and hospitalized, Weusi made his transition at home with family on May 22. 8Since then, the tributes have come in thick and fast.

A comment by Dr. Segun Shabaka echoed that of so many grieving friends and associates of the man: "Jitu Weusi was much, much more than a leader and institution-builder. For over five decades, he also trained and inspired others to lead, organize, build and maintain organizations and institutions to improve the lives and livelihood of the people and make them self-conscious "agents" of their own liberation.

"Baba Jitu K. Weusi, founder of the National Black United Front, has crossed over to the realm of the Egungun [Ancestors]," said National Black United Front Vice Chair Salim Adofo upon first hearing the news last week. "We are thankful for the contributions he has made to the liberation of Afrikan people. He will forever be missed and loved. May Olodumare, the Orishas and Egungun be pleased with his work."

A.T. Mitchell, founder of Man Up! Inc., told the AmNews, "Jitu Wesui, New York City's gentle educational giant, was and will always be a role model to me. He was amongst the few elders that I was extremely impressed with when it relates to true and genuine love and activism for his people. His mentorship will be missed by me daily. May he rest in peace."

"Jitu K. Weusi was a giant, literally, but his legacy transcends his physical size. He fought for equality in education for African people in this city, and that will not be forgotten. I thank him for charting a path for my generation and subsequent ones in the mine field of Western education," said Nova Felder, an educator at Medgar Evers College.

April R. Silver, an activist, social entrepreneur and founder of Akila Worksongs said, "When I reflect on just the small part of Jitu Weusi's grand life that I know about, I become amazed at his resilience. Whereas so many of us who do community development work are struggling to create programs and projects, Jitu worked consistently and built institutions. There's a world of difference. He left us the legacies of the East and of Uhura Sasha, and he left us the International African Arts Festival, Medgar Evers College, the Central Brooklyn Jazz Consortium, For My Sweet and so much more. He left us enduring examples of what love looks like, of what it means to persevere for people of African ancestry. We are deeply indebted to him."