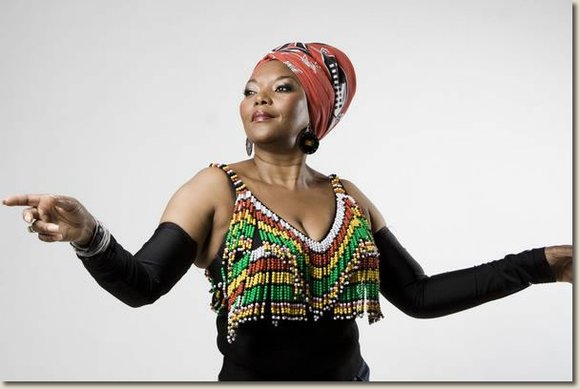 South African artist Lorraine Klaasen is incomparable. This was established at the recent Juno Awards, where she received Best World Music Album of the Year for her acclaimed "A Tribute to Miriam Makeba" at the Canadian Academy of Recording Artist and Sciences' ceremony, recently held at the Brandt Centre in Regina, Saskatchewan.

Born in Soweto, South Africa, where she grew up prior to immigrating to Montreal in 1979, Lorraine is the daughter of Thandi Klaasen, the legendary African singer who is lauded by Nelson Mandela and the nation for carrying on the unshakable legacy of South Africa's township music.

Mandela is also a great fan of Klaasen, who was influenced by South Africa's fabulous artists of the '50s and '60s, including her mother, Thandi, Dolly Rathebe, Dorothy Masuka, Sophie Mgcina, Busi Mhlongo and the visionary Miriam Makeba, who was dubbed "Mama Africa." All of these great ladies were the fairy godmothers who blessed Klaasen with their magic.

Thandi also provided hands-on-training for her daughter, who accompanied her on concert engagements throughout South Africa, Mozambique and Swaziland. Musical theater and European tours subsequently set the stage for young Klaasen, whose spirited music liberated the world. Captive fans experienced a zesty potpourri of cultural diversity through her opulent repertoire of songs, executed in English, French, Haitian, Greek and Hebrew, as well as a tantalizing assemblage of over a dozen African dialects, including Swahili, Zulu, Xhosa and Lingala. And if Klaasen's exclusive voice was not enough, this world-class musicologist, vocalist and choreographer effortlessly delivered Africa voluptuously through movement and dance.

Get ready, New York. "Africa Sings!" is honored to have Femi Kuti, our 2010 Cycle Two host, as our Cycle Eight host for spring/summer 2013. We're elated as we try to keep up with the fantastic Kuti, one of the most prolific international entertainers/activists in show business today.

Kuti's unique artistry and world-renowned live performances with his incredible band, the Positive Force, will be at SummerStage on June 23. The shows will feature music from Kuti's new studio album,"No Place for My Dream," out June 25 on Knitting Factory Records, www.knittingfactoryrecords.com.