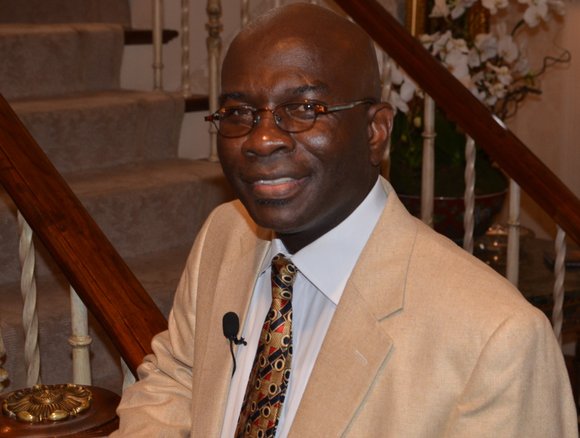 On Sept. 11, 2001, we watched in horror as terrorists toppled the Twin Towers in New York City. They recently struck again with twin bombings in the heart of Boston.

The United States continues to mourn the dead from the Boston Marathon bombings and to pray for the recovery of those wounded in the attack. The authorities charged with protecting and defending our homeland do not yet know the name of the person or persons who carried out the attacks. They do not know the identity of the group who was ultimately responsible, who bankrolled the attack or who did the planning. But they will. And just as the long arm of American justice ultimately found Osama bin Laden in a compound in Pakistan, so too will it find those who created unspeakable carnage in Boston.

It is clear that a certain degree of preparation was undertaken by those who concocted and executed this wicked plot. The near-simultaneous explosion of the bombs tell us that much. The bombs were placed at a time after the police patrols and bomb-sniffing dogs had already completed sweeps of the area. The terrorists were watching, lurking and waiting for their opportunity to spring.

Additionally, we already know that the terrorists were aiming to cause maximum casualties. They placed the bombs near the finish line, where spouses, children and friends crowd together to cheer on their loved ones as they approach the ending point for a 26.2-mile journey by foot. They timed them to detonate at a time when the greatest number of runners were expected to be finishing. The pressure cooker bombs were packed with ball bearings and nails so that the flying shrapnel would wound the greatest number possible.

Our response as Americans must be defiance against terrorism. We must not only deny terrorism itself as an act, but also deny the terrorists their desired victory. We can never allow ourselves to be cowed or collectively frozen, whether in shock or fear. When we go about our daily lives as if nothing has changed, we send the message that we will not be bullied or coerced into submission through violence.

Despite the horrible pain we feel during times like this, we also have the opportunity to come together as one and to stand up for our values. We are fortunate that the number of terrorist attacks on our soil that we have had to endure have been few and far between. Homeland security and counter-terrorism officials have to succeed 100 percent of the time in order to prevent our citizens from being killed. The terrorists only have to succeed once.

While our nation has been at war for over a decade, most of the members of our society have felt little impact. Military families have borne the brunt of the sacrifice, but for the most part, the security of the average American has been unaffected.

We need only look to our ally Israel for inspiration in how to overcome terrorist threats from those who hate us and our values. The Israeli response to literally thousands of terrorist attacks has been to hold fast to their principles and way of life. America must do the same, because the day that we allow the terrorists to make us live in fear is the day that our enemies have accomplished their ultimate goals.

It was ironic that the Boston Marathon bombing occurred on Patriot's Day. It's a holiday in Boston that commemorates the ride of Paul Revere and the Revolutionary War battles of Lexington and Concord. Patriot's Day is a source of great pride for Bostonians and a celebration of the triumph of America.

Hundreds of years after America achieved its freedom through grit, determination and victory in battle, we are still being forced to fight. The battles we must engage in today may be against terrorists who hide in the shadows, but we will ultimately prevail. We simply cannot allow our enemies to instill fear in our hearts or our psyches, lest any of us forget for even a moment that America truly is the land of the free and the home of the brave.

Armstrong Williams is the author of the brand-new book "Reawakening Virtues." More content can be found on RightSideWire.com. Come join the discussion live 4-5, 6-8 p.m. EST at www.livestream.com/armstrongwilliams or tune in 4-5 p.m. EST on S.C. WGCV, Sirius/XM Power 128, 6-7 p.m. and 4-5 a.m. EST. Become a fan on Facebook and follow him on Twitter.