Words of the 'Wise,' Wise McGriff 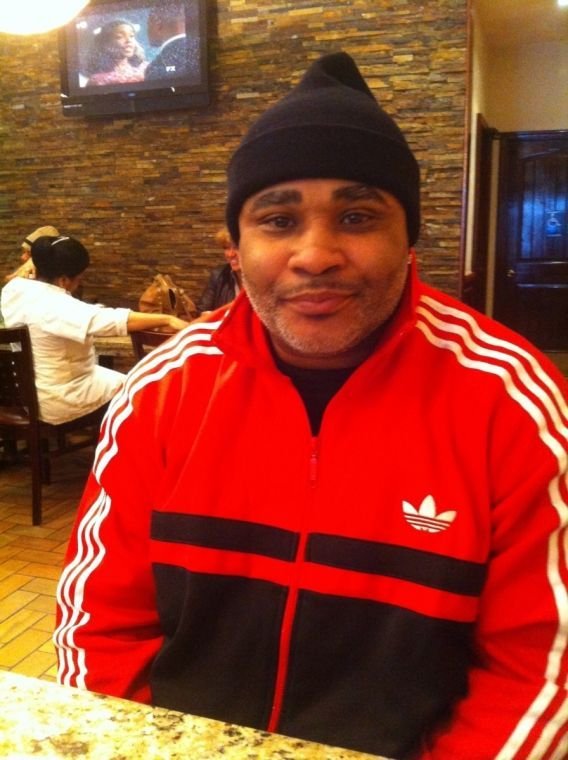 Words of the 'Wise,' Wise McGriff

He's the man behind the success of many hip-hop and R&B artists who have become household names--Ginuwine, 2 Chainz, Keith Sweat, Ja Rule and Ashanti--but record executive Lawrence "Wise" McGriff is also known as a man who is on a mission to save the community.

McGriff, 46, serves as vice president of A&R (artists and repertoire) and vice president of marketing and promoting for Universal Def Jam Records. He recently visited the AmNews offices to discuss his journey from serving time to becoming one of the world's most iconic record executives. He also gave his words of advice for those looking to enter the music industry.

A native of South Jamaica, Queens, McGriff recalls a different version of his home neighborhood growing up in the 1970s than it is now. He references his older brother as an influence, along with hip-hop pioneer Kurtis Blow. However, it was music mogul Russell Simmons, founder of Def Jam, who had a major impact on him as his mentor.

"Russell Simmons teaches you how to be great within your spirit and the work that you do," McGriff said. "You can get so enriched when you help other people."

A street relationship evolved into a business one, and McGriff has now been with Def Jam for a number of years. He oversees A&R and also is affiliated with over a dozen other labels, including Bad Boy, EMI, Warner Bros. and Cash Money.

McGriff speaks openly about serving 16 years in prison from 1987 to 2003. He called the experience a "wake-up call" and made the most out of his sentence. While in prison, McGriff earned an associate's degree and two bachelor's degrees from Marist College in psychology and sociology.

He said, "I had to come home with a plan and become spiritually fit. A lot of people who get locked up come out and sometimes pick up where they left off and end up going back and forth out of prison."

Along with making his mark in music, McGriff also gives back to the community he says he once helped take down. He works with several non-profits and groups including the King of Kings Foundation and Greater Allen Cathedral in Queens.

The Rev. Floyd Flake, the Rev. Dr. Arlee Griffin Jr. and the Rev. James N. Hassell are among the clergy he credits for guiding him.

He also makes financial donations to causes and pounds the pavement with major community leaders like Iesha Sekou of the Harlem-based Street Corner Resources. McGriff makes it a point to be visible to youth at events like back-to-school drives. He also makes visits to halfway houses. He can be seen in the community doing work several times a week.

McGriff has extended his affiliations into the political realm, helping out with the campaigns of Harlem City Councilwoman Inez Dickens and Queens Rep. Gregory Meeks.

"I'm trying to be a master of my own destiny, and I enjoy anything that has to do with community service," he said. "I made mistakes by making my own choices and I'm trying to show kids they can have different choices."

As a top record executive, McGriff has became an icon for those looking to make it big. His craft of creating some of the most famous faces in hip-hop and R&B is synonymous with his name. He offers his words of advice for those looking for their big break.

"Have a budget when you approach an A&R executive," he said. "Studio time isn't free and neither is printing up and editing a CD. Make sure your work is copyrighted with the Library of Congress and become a member of ASCAP. Have your paperwork together."

McGriff adds that when looking at new artists, he's looking for originality and artists who are true to their craft. His quest in looking for unsigned artists goes beyond New York; he travels to the Carolinas, Chicago, Detroit and Atlanta. He's currently working with new artists Top of Da Line, Karolina Blue, Steelyone Stainless, Poze and Dead Serious and is working on an upcoming show for R&B singer Fantasia.