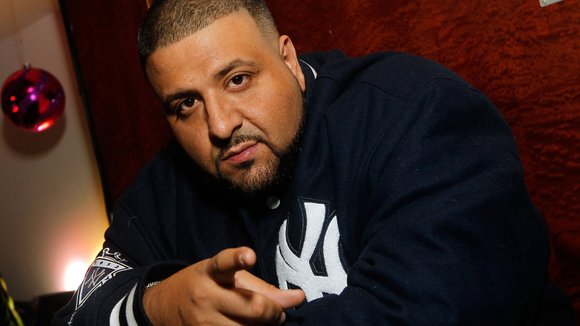 Top producer DJ Khaled is back with a new single featuring J. Cole and Bas. His new song is called “Hell’s Kitchen,” and it’s just one part of Khaled’s new full-length album, “Suffering From Success.”

“Hell’s Kitchen” is an unapologetic ode to the dark side of a lavish hip-hop lifestyle. The song delves into the realities of rap’s barriers to success. J. Cole voices his concerns strongly and coherently as he raps about his album flopping and the pressure being so intense that he falls into a deep depression.

You can listen to “Hell’s Kitchen” at https://soundcloud.com/j-cole/hells-kitchen-feat-j-cole-bas.

“Suffering From Success” opens with a sound bite of President Barack Obama from last year’s White House Correspondents’ Dinner. The president chose to play DJ Khaled’s track “All I Do is Win” as he entered the dinner and stood at the podium at the beginning of his second term in April 2013.

“Suffering From Success” is a reflection of the incredible heights that DJ Khaled has experienced in the span of his career. Nonetheless, the album has already attracted controversy due to the subject matter of some of the album tracks, such as “I’m Still” and “I Feel Like Pac/I Feel Like Biggie.” “I’m Still” reveals lyrics from an unreleased version of the song where Chris Brown implies that his pop-star ex-girlfriend Rihanna was promiscuous. “I Feel Like Pac/I Feel Like Biggie” caught a bit of heat from veteran rappers like Ma$e, who felt like the song was watering down the legacy of his late friend and collaborator the Notorious B.I.G.

“When I made ‘I Feel Like Pac/ I Feel Like Biggie,’ me and Swizz [Beats] was in the studio, and I played Swizz the beat, and I gave him a vision of who I wanted to be on the record. Swizz came up with this hook: ‘I feel like ‘Pac,’” Khaled told MTV News when we took a trip to his North Miami recording studio. “That chemistry with me and Swizz was amazing when we were cooking that, but at the same time, I couldn’t have put just any rapper on that record, so I put [Rick] Ross, I put Meek [Mill] and I put T.I.,” he said.

Despite the controversy, DJ Khaled has attracted very respectful and positive reviews. The album is projected to sell 19,000-23,000 units in its first week. That number won’t make it a chart-topper, but DJ Khaled has so much time and has already achieved an immense amount of success. “Suffering From Success” may not be just another product for mass consumption, but it will stand as a piece of hip-hop artistry.