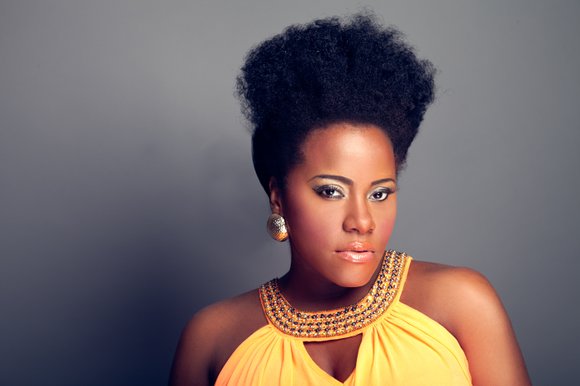 The Coalition to Preserve Reggae Music (CPR) has announced that songstress Etana will headline the ninth annual staging of the family friendly and ever popular, Reggae Culture Salute on Saturday, Nov. 2 at Nazareth Regional High School at 475 E. 57th Street in Brooklyn, N.Y., at 8 p.m.

Etana has recently been touring to promote her new album, “Better Tomorrow,” and is excited to be performing in Brooklyn, the heart of New York’s Caribbean community, at the annual celebration. Reggae Culture Salute 2013 will include artists such as reggae prodigy, singer, songwriter, producer and founder of the Big Ship label Freddie McGregor, who will receive the highest honor, the CPR’s Pinnacle Award, at this years event for his five decades of work in the Jamaican scene.

In addition to Nyabinghi drumming and African dancing, other featured artists appearing this year will be CPR member singer Don Minott from Hartford, Conn., roots reggae singer Uwe Banton from Germany and singer Michibella, with dub poet Ras Osagyefo and DJ Yanks representing the five boroughs, all backed by the Brooklyn-based ensemble Widayyah, headed up by bass guitarist Noel Jones.

According to cprreggae.org, Reggae Culture Salute is a majestic tribute launched in 2005 to commemorate the 75th anniversary of the coronation of His Imperial Majesty, Emperor Haille Selassie I of Ethiopia, and Empress Mennen. The event is a benefit for CPR with proceeds used to support the “Community Conversation” series, CPRLive and other initiatives carried out throughout the year, according to the website.

Reggae Culture Salute has become the preeminent roots-reggae event in the tristate area. The family event attracts a diverse intergenerational audience of reggae lovers who come each year to celebrate roots reggae music in an authentic community vibe.