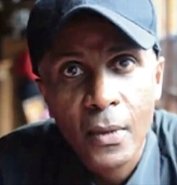 Nov. 5 (GIN) – South African author Zakes Mda is urging Africans to step up and protest the lengthy sentence meted out to Ethiopian journalist Eskinder Nega for his pro-democracy writings that offended the government.

Mda, a novelist, poet and playwriting, is the son of A.P. Mda, a “guiding light” in the founding of the Pan African Congress. Nega, who turns 45 this month, sits in Kaliti prison, outside of Addis Ababa, where he is serving an 18-year sentence as a convicted terrorist.

“The government would have the world believe he is a reckless, even racist, agitator bent on violent revolution,” wrote Mda. “Yet, a review of the evidence against him reveals a thoughtful and principled man whose only crime has been to urge, peacefully and publicly, Ethiopia's rulers to deliver … peaceful, democratic reform.”

Eskinder came onto the radar screen of Ethiopian officials when in February 2011, inspired by the Egyptian military's tolerance of pro-democracy protesters in Tahrir Square, he wrote an article urging Ethiopian soldiers to follow their example, should demonstrations break out in Addis.

His column appeared on a US-based Ethiopian news website blocked inside his country. In response, the state security detained Eskinder, accusing him of inciting the public against the government. He was tried and sentenced in 2012 to 18 years.

Mda said that African voices needed to be heard on this matter. “Why should these violations be Bob Geldof's business and not ours? Surely we also care about human rights because we are directly affected, even more so than those based in the west.”

Coincidentally, the African Media Leaders Forum will be meeting this week in Addis Abba. The N.Y.--based Committee to Protect Journalists called on participants to ensure that press freedom is squarely on the agenda. See their website www.cpj.org for additional information.

Eskinder is a Prisoner of Conscience and recipient of the 2012 PEN/American Center Freedom to Write/Barbara Goldsmith Award. w/pix of E. Nega