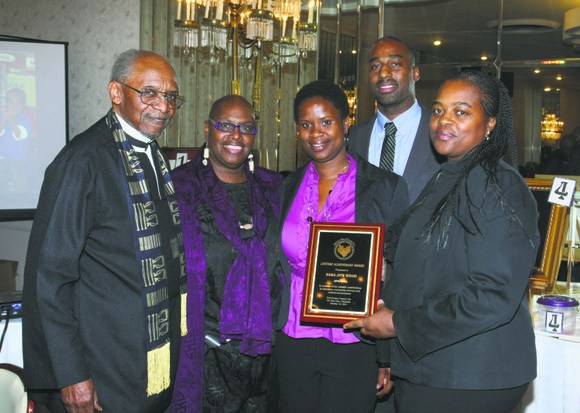 The scope of difficulties that come with being a senior in America today can be lickened to the scope of difficulties that come with navigating an ocean: There are many unknowns, and one can be swallowed up by the turbulent tides at the most inopportune moment. But on Thursday, Oct. 10, at the 40th anniversary of the Fort Greene Council Banquet and Tribute to Awardees, held at the magnificent Glen Terrace Caterers in Midwood, Brooklyn, seniors could feel secure and appreciated.

The goal of the Fort Green Council is to provide quality programs and human care services for seniors. This council was established in 1973 and currently operates 11 neighborhood senior centers, which serve over 1,500 seniors daily, providing meals and recreational, educational, legal, social and transportation assistance. There is also Jazz966, a weekly Friday night musical event that has become a favorite for many city dwellers because of the high caliber of performing artists.

During this festive and well-attended gala, awards were presented to Councilman Al Vann, who was recognized for his many years of service to his community; Council Member and Public Advocate-elect Letitia James; JP Morgan Chaes Vice President Clarence Mosley; Orin Tucker, president and CEO of Foodsaver New York; Sherif Fraser, district manager of Community Board 17; and Baba Jitu Weusi, who was awarded posthumously. Assemblywoman Annette Robinson, Assemblyman Walter Mosley and Comptroller John