On the “A” w/Souleo: Najee feels the spirit of George Duke on new album 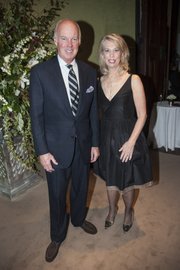 The spirit of the late jazz legend, George Duke was with multi-instrumentalist, Najee during the recording of his latest album The Morning After: A Musical Love Journey. Duke’s presence was so strong that it inspired Najee to record a song in tribute to his musical mentor titled “Shinjuku.”

“Shinjuku is an area of Tokyo where George Duke and I stayed in when we toured. The groove of the record reminded me of him and I heard his piano playing all over it. It made me reminiscence back to that time. So his spirit was there. I felt him there,” says Najee, who collaborated with some of Duke’s former band members and longtime engineer on the album.

Recalling better days was important since Najee’s most recent memories of Duke included witnessing his failing health. “We played in Detroit earlier this year and I could see he was ill but he didn’t let people know he was. I could tell visibly something wasn't correct with him and within a month he was gone and that was difficult.”

Najee’s musical tour around the world to places that hold significant meaning to him includes Africa, which is also where the creators of Royal Jelly Harlem found inspiration for their fashion line. Maya and Teta Gorgoni launched the line two years ago after being influenced by their many trips to the continent. This past Wednesday they previewed their Spring/Summer 2014 line at W Hotels in New York City. In addition to womenswear, menswear and accessories they presented select pieces from the RJHome collection and the debut of JellyBees, a line of childrenswear. If Maya has things her way African fabric will become more commonplace in the U.S. from the baby stroller to the corporate office. “We take classic silhouettes and mesh it with African fabric to make it wearable for a more Western market. I do it because I want to give everyone else the same pleasure I get when I wear African fabrics,” says Maya.

African art and antiques from around the world were on display at The Society of Memorial Sloan-Kettering Cancer Center’s (MSKCC) 25th Annual Preview Party for The International Fine Art and Antique Dealers Show. Over 1,000 prominent guests attended the event last Thursday and helped raise $600,000 with 100% of the profits going to The Society’s patient care, research and education programs at MSKCC. “Our goal is to keep the patients happy and to do enhancements to make things better for hospitals,” says Martha Vietor Glass, president of The Society. “The money helps us provide arts programs in the hospitals which truly helps the patients.”

It was all about helping collectors and emerging artists at a special gallery talk, sponsored by Simone International/Papi Wines, this past Sunday for the art exhibition eMerge 2.0: Melvin Van Peebles & Artists on the Cusp.

Lia Zaaloff, curator at the Bronx Museum of the Arts shared details about the museum’s Artist in the Marketplace (AIM) program, which provides opportunities for emerging artists to gain greater visibility. While Zaaloff acknowledged the responsibility of museum’s to support emerging artists she also noted the importance of taking initiative to stand out in a competitive field. “This idea that you get an MFA and have galleries scouting you is not true for most. If galleries and dealers are not coming to you, you can be the person to take that initiative and curate a show,” she says.

Of course when you curate a show you will need to set prices. This is where collector Peter Hort shared a valuable story of witnessing an emerging artist without a lengthy bio who sold out his first show, then raised prices for his second show and still sold out, but ultimately failed to sell anything at this third show after raising prices even higher. The lesson? Don’t be eager to increase prices without a solid track record. “It is hard to bring the value of your work down. Successful artists price it low and want people pining for it. It’s about building a foundation so that you have shows 60 years from now,” he advises. 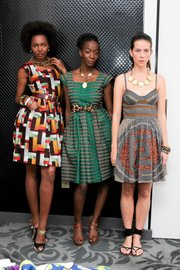 Finally there’s nothing like passion and drive to help an artist attract the right artworld connections says, Kipton Cronkite, co-founder and chief creative officer of, at60inches.com. “I want to see an artist that is truly passionate. Most are working full-time jobs but if they have this pure passion I can see and feel then I know they are not doing it as a hobby and want to do it as a career.”

Najee would likely agree with Cronkite that building and maintaining a valuable connection with someone has a lot to do with energy and spirit.