Headline: Share My Lessons to view clips of “Mandela: The Long Walk to Freedom” in classrooms 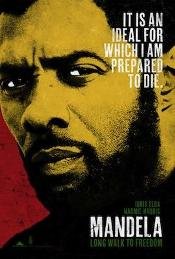 Share My Lesson, the nation’s largest online site for teaching resources, has posted lesson plans and other materials about former prisoner and South African President Nelson Mandela to coincide with the upcoming release of the feature film, “Mandela: Long Walk to Freedom.”

The movie opens in select cities on Nov. 9 with a nation wide release on Dec. 25. The film will tell the inspirational story of Mandela from his humble beginnings in Transkei, South Africa, to his 27-year incarceration for treason, to his release, to becoming president of democratic South Africa. Mandela’s story and the film provide educators with an opportunity to dive into the issues of freedom, forgiveness, equality, equanimity, reconciliation and redemption.

Share My Lesson is partnering with the film’s producers, The Weinstein Company, and the Nelson Mandela Foundation to bring this unique, high-quality, multimedia resource to classrooms nationwide. The lesson plans for grades 9-12, which are aligned to the Common Core State Standards, are available for educators, parents and other registered members, free of charge, at www.sharemylesson.com/mandela.

“Lessons based on this rare and true hero are multi-dimensional and multi-disciplinary. Teachers will be able to show clips of the movie in class to being Mandela’s incredible story alive and lead students through discussions that will help broaden their thinking about Mandela’s imprisonment, his yearning for a democratic and non-discriminatory country, and his sacrifice and accomplishments,” said AFT President Randi Weingarten.

According to telegraph news, the two and a half hour film of Nelson Mandela’s story premiered in his native South Africa on Sunday that was touching and emotional for viewers.

His ex-wife Winnie Madikizela-Mandela said she had “no words” to describe the films “translation of that painful past.”

“We should remember where come from and that this freedom was hard earned and that it was won at a very, very, heavy price.”