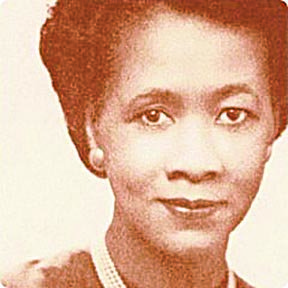 One of the last honors Hedgeman received occurred in 1983, when she was the recipient of the Pioneer Woman Award by the New York State Conference on Midlife and Older Women. The award came close to summarizing her remarkable life. On Jan. 17, 1990, she died in Harlem Hospital at 90. For many years, she was one of Harlem’s most distinguished residents.

Height died in a hospital in Washington, D.C., and there were two funeral services for her—one in Harlem and the other at the National Cathedral in D.C., which was attended by a long roster of dignitaries, including President Bill Clinton and his wife, Hillary. Clinton had presented Height with the Presidential Medal of Freedom when she was 92. It was among her most cherished awards.

This week in Black History: