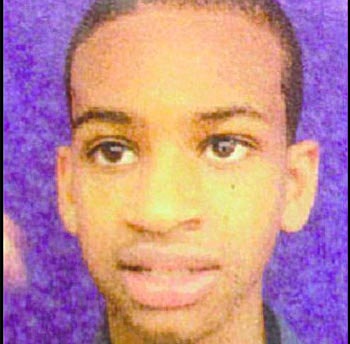 “You have to follow every lead,” said Daniel Oquendo, father of missing autistic teen Avonte Oquendo.

On Monday, Amsterdam News staff writer Cyril Josh Barker noticed that on the back of one of four “Find Avonte” posters taped to a ground floor lobby window, someone had scribbled a note that stated: “Kid seen on 127th St. 7 Ave. in front of Salem Church on Sat.”

The AmNews also went to Salem Methodist Church, which is actually on 128th Street on Adam Clayton Powell Blvd. (Seventh Avenue). There, reporters spoke to Norma Lewis, who said the church was unaware of any sighting but took a poster and promised that she would tell the pastor. She advised that the reporters go around the corner and speak to the people at the new Harlem Children Zone school. The reporters did just that and spoke to head of security Sabrina Perez, who also said that she was unaware of any sighting but would be on the lookout.

The AmNews reporters then spoke to detectives at the 28th Precinct to give them the poster with the note. That afternoon, two detectives from the task force who were assembled to search for Avonte Oquendo showed up at the Amsterdam News office. They said that the “investigation was ongoing.”

Avonte Oquendo is the missing, non-verbal 14-year-old autistic boy who ran out of his Center Boulevard, Long Island City school on Friday, Oct. 4, and despite a massive citywide and beyond search, he has not been seen since. Although the police say there have been many tips and alleged sightings, Avonte Oquendo has not yet been found.

While the Harlem sighting has not been confirmed by any other source, the Amsterdam News would like the person who left the note at our offices to come and contact us again (212-932-7479).

“I have been canvasing a lot of Manhattan,” said Daniel Oquendo. “I’ve been walking down Third, Fourth and Second avenues. I have gone down to Union Square and Battery Park. It is just a nightmare.”

Detectives followed up on the reported Harlem sighting, Daniel Oquendo said on Tuesday. And with fliers in hand, he too went around the neighborhood.