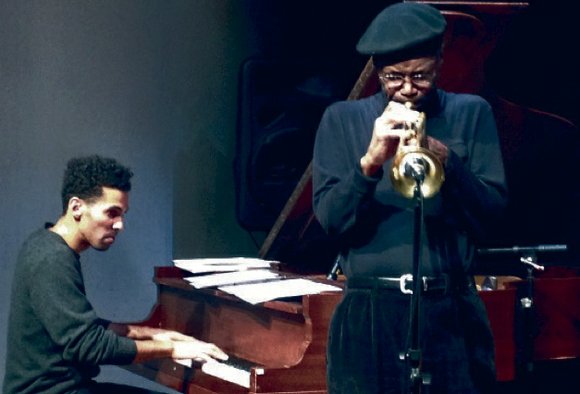 The legendary Duke Ellington and songwriter, composer, arranger and pianist Billy Strayhorn remain one of the most significant collaborative teams in jazz history. “Billy Strayhorn was my right arm, my left arm, all the eyes in the back of my head, my brain waves in his head, and his in mine,” stated Ellington during an interview some years ago.

On Nov. 21, Columbia University’s Center for Jazz Studies will present the Billy Strayhorn Orchestra under the direction of Michael Hashim at the Miller Theatre (2690 Broadway at 116th Street) at 7:30 p.m. There will be an introduction by author David Hajdu.

The event, “Strayhorn in the Foreground,” will feature his swinging compositions for jazz orchestra that only seem to get more popular over the years. The Strayhorn Orchestra will focus on works Ellington never recorded, including “Cashmere Cutie” and “Pentonsilic,” as well as expanded versions of hits Strayhorn composed for Ellington, like “Take the A Train” and “Chelsea Bridge.”

By the time Strayhorn (Nov. 29, 1915 – May 31, 1967) met Ellington in 1938, beginning their three decades of collaboration and friendship, the young composer had already written “Something to Live For,” “My Little Brown Book,” and “Lush Life” while he was still attending Westinghouse High School in Pittsburgh. It is the same high school that Erroll Garner and Ahmad Jamal later attended.

This event is free and open to the public. Reservations are required and can be made at ym189@columbia.edu or by calling 212-851-9270.

The Johnny Pacheco Latin Music and Jazz Festival at Lehman College is in its last two days on Nov. 21-22. The daytime performances are 10 a.m.-4 p.m., and the evening performances are 7:30-9:30 p.m. All performances are on the college’s Bronx campus in the Lovinger Theater. Featured performers will include jazz ensembles and Latin bands from middle school, secondary school and college music programs in the greater New York area. Professional performing artists and ensembles are also featured during the festival.

The festival was named after the Dominican musician, arranger, producer and multi-instrumentalist Johnny Pacheco. He created the noted salsa group the Fania All Stars, as well as the Fania Records, along with Jerry Masucci. These concerts and workshops are free and open to the public. For a complete schedule, visit lehman.edu/jazzfest.

Arthur Blythe is rooted in a deep jazz tradition; as he progressed, his branches extended into the free jazz realm. At 73, he is one of the most influential alto players, with a distinctive sound that warrants attention. Take a listen to one of his most popular albums, “Lenox Avenue Breakdown” (Columbia Records, 1978). Currently, Blythe is not playing music due to his continued battle against Parkinson’s disease. On Nov. 22 at 8 p.m. at the ShapeShifter Lab (18 Whitwell Place, Brooklyn) there will be a benefit tribute performance in his honor.

The benefit was organized by his longtime friends saxophonist and composer Oliver Lake and writer-producer T. Brooks Shepard. Those scheduled to perform include Lake, poets Amiri and Amina Baraka, longtime bandmate Bob Stewart on tuba, guitarists Vernon Reid and Kelvyn Bell, trombonist Craig Harris and pianists Michele Rosewoman and Rodney Kendrick, among others.