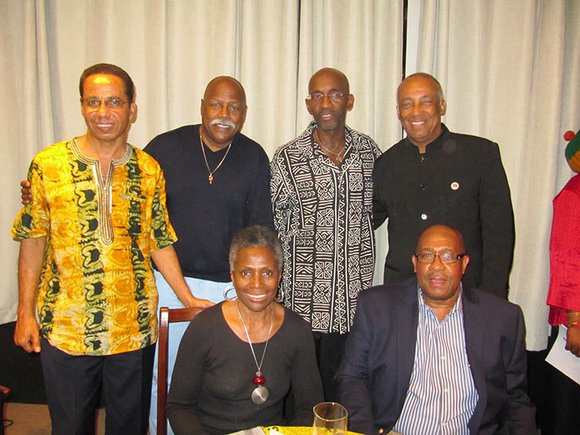 Led by the regional prime minister, who has been pushing colleagues to fight Europe to pay billions in reparations for slavery, the Caribbean community is once again being galvanized to increase pressure on the Dominican Republic. The region looks to reverse a recent court ruling taking away citizenship from hundreds of thousands of people of Haitian descent who were born in the Dominican Republic after 1929, calling for the island to be isolated from the wider community.

Ralph Gonsalves, the militant head of government of the small Eastern Caribbean island nation of St. Vincent, has written to authorities in Venezuela, asking them to suspend the DR from benefiting from the Petrocaribe initiative, an eight-year-old oil supply program involving over a dozen regional countries, because of what he termed the racist court ruling against people of Haitian descent who were born and have lived in the neighboring DR for decades.

Hatred of the poor, darker skinned Haitian community in the DR is widely known to be entrenched in the island of Hispaniola, which Haiti and the DR have shared for centuries. The island’s highest court in late September took away citizenship from those in the Haitian community, making them virtually stateless despite the fact that they were born there, own businesses, speak Spanish rather than French and French Creole, and claim no other country as their own than the DR.

However, Gonsalves, who is of Middle Eastern descent, is leading the fight to make Europe pay for enslaving Black people on plantations without paying them a single cent and is now attempting getting the traditional, conservative Caribbean community to act against the DR for its racist stance against Haiti, a full and active member of CARICOM.

Winn FM Radio in St. Kitts reported this week that DR officials are scrambling to head to Caracas to ensure the country continues to get oil supplies despite the demand from Gonsalves and the region to cut it off as punishment for the court ruling.

Gonsalves has also demanded of colleagues that the DR be expelled or suspended from CariForum, the umbrella regional body established specifically to oversee trade and other relations with Europe. The DR is a full and active member of that grouping.

As calls mount, including from the Caribbean Council of Churches and Caribbean Civil Society Organizations (CSOs), for action against the DR, the CARICOM Bureau of heads of government is preparing to meet in an emergency session to discuss the issue to take “effective initiatives” against Haiti’s neighbor in the coming days.

“We are of the view that statelessness is a violation of Clause 15 of the Universal Declaration of Human Rights embraced by the international community of states,” the CSOs said. “We condemn this act as immoral, unjust and totally unacceptable in a modern, civilized society and express grave concern for the welfare of all those persons that this decision has impacted.”